Not everyone can afford a high end smartphone.

Luckily, there are always budget phones that can do almost the same job. Two of those are Nokia Lumia 520 and Motorola Moto E. Both of them are cheap and affordable phones.

Among these two phones, the Motorola is a tad bigger (4.3 inches display vs 4.0 inches). However, both will fit very nicely in your hands. Moto E also offers better pixel density of 256 vs 233 ppi of the Lumia 520. However, the tiny difference is not noticeable to the human eye. Even though Nokia’s resolution is only 800×480 pixels, images are rich and vibrant, and the text is clearly defined. Moto E also boasts a sharp display and an excellent value for the money you pay. The difference in dimensions is not dramatic or radical. Lumia 520’s dimensions are 120x64x9.9 mm, while Moto E has dimensions of 125x65x12 mm. Nokia Lumia 520 is also lighter at 124 grams when compared to the 142 gram Moto E .

Nokia’s size comes as an advantage. As with the round corners and sides, it is very comfortable to operate with just a single hand. The build is plastic, meaning you need to constantly wipe away fingerprints. Moto E has an edge to edge display, with a simple and uncomplicated look.

On the inside, Nokia Lumia 520 has a 1GHz Qualcomm dual core processor, with 512 MB RAM memory. It is not much, but it is enough to power this small, budget phone. Since it runs on Windows operating system (which is easy on hardware), there is no noticeable lag when operating the phone. The only delay you may notice is when turning on camera or third party applications, as they eat up more RAM memory.

Motorola Moto E also boasts a dual core processor with 1.2GHz and double the RAM memory (1GB). Performance is relatively good and smooth. You can switch applications quickly and easily. Things in the operating system (Android) are as basic and simple as possible.

It is worth noting that Nokia’s phones run on Windows 8 operating system. For those that are used to Android and iOS, it is a big change. There are two screens to control your smartphone (Modern UI interface and list of all applications/programs). However, once you get the hang of it, it is fairly easy to operate. Several years ago, Windows 8 was lacking applications, and was widely behind Android and iOS. However, things are starting to balance out. All of the mainstream apps are available for Windows 8, but there are still tons that are not.

Since they are both budget/cheap phones, you cannot expect perfect pictures. Both phones have 5MP rear camera and no front camera. The focus is good, you can take reasonable photos during the day, but night mode is a killer. Lumia 520 lacks LED flash. The advantage Moto E has is the panorama mode for taking photographs.

The price for Lumia 520 is around $180 for a SIM free phone. Moto E is even cheaper at $150. You cannot expect much from a smartphone that cheap, but it does the trick and basic functions. For the money you pay, the value is right there. 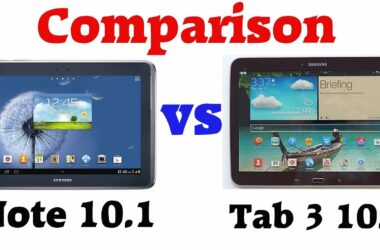 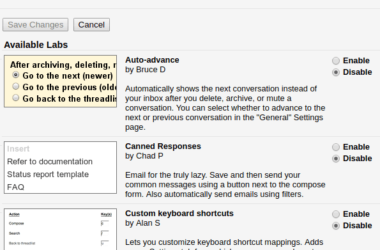 Gmail Labs are for true Gmail fans. It consists of extra features that can enhance your email productivity.…