Nintendo one of the pioneers of the gaming industry was having a tough time but it looks like the company is slowly gaining momentum because the newly released Mario Kart has boosted their sales to a great extent.

The company officially revealed some of the information related to their sales date in the US during which they confirmed that the Mario Kart 8 has sold over one million copies in the country. This is definitely a massive accomplishment for a company that was struggling with fiscal losses, the dismal performance of the Wii U and a future that is being questioned not only by investors but by fans as well.

They also proudly declared that Mario Kart was the second game to cross the one million milestones which has already been crossed by the New Super Mario Bros which has sold over 1.69 million copies so far. The global sales for the Mario Kart 8 is even better as it has already crossed 2.82 million copies in sales. Overall, the trend looks good because these two games individually contributed to the sales of the Wii U console besides continuing to support it.

In their fiscal data, Nintendo said that the great success of the Super Mario Bros and Mario Kart 8 has obviously boosted the sales of the Wii U console as well. In the first seven months of 2014, the Wii U hardware sales have increased by sixty percent after these titles got released. If the same period is to be compared to 2013, it has increased over 135 percent and looks all good for the company to continue with. This trend clearly indicates that the Wii U was not a flop but rather it lacked those important titles that drove customers to buy it in the first place.

They also proudly announced that the 3DS console has sold over 40 million hardware while the games have sold over one million copies in the year 2014. A lot of games have crossed the coveted one million mark. The list in their order of sales begin with Mario Kart 7 and continues with Luigi’s Mansion Dark Moon, New Super Mario Bros 2, Pokemon Y, Super Mario 3D Land, Animal Crossing New Leaf, Pokemon X, The Legend of Zelda Ocarina of Time and the Legend of Zelda A Link Between Worlds.

3DS Is Not Far Behind

The sales of games on Nintendo 3DS is not far behind because the title Tomodachi Life is about to touch the one million mark while Pokemon X and Y with Mario Kart 7 has sold great on the handheld console as well. A lot of new games have been scheduled to come out for both consoles before the end of 2014 including The Legend of Zelda Hyrule Warriors, Super Smash Bros among others which should further boost their sales trends. At this rate and with more first party titles, Nintendo could very well cover their loss and maybe develop the console for developing countries that they were talking about. 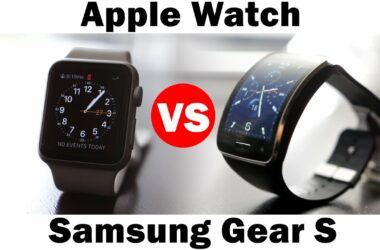 The Gear S is the sixth generation of wearable devices for Samsung. Apple Watch is the first generation…