Today, we have for you three suggestions of great smartphones: Xiaomi Mi4, which was released last month, and Nexus 5 and Lumia 925 which came in 2013. If you’re curious and interested in buying one of these phones, first you should find out more about their display sizes, resolutions, processors, cameras and batteries and if the prices reflect the reality.

The Mi4 has the biggest display between the three phones. It’s an IPS LCD with the size of 5inches, a resolution of 1080x1920pixels and 441ppi. The Nexus 5 supports the same resolution, but the screen is smaller, 4.95inches, it’s True HD IPS+ and the pixel density stands at 445ppi. But the display is scratch resistant, being protected with Corning Gorilla Glass 3. The Lumia 925 has a layer of Corning Gorilla Glass 2 on top of its 4.5inches AMOLED screen, which renders a smaller resolution of 768x1280pixels. The pixel density is also lower, at 332ppi.

Following this order, we can say that the Mi4 is the fastest phone, being equipped with a 2.5GHz quad core Krait 400 processor which is backed by a Qualcomm MSM8974AC Snapdragon 801 chipset and it uses an Adreno 330 GPU, just like the Nexus 5, but this phone has the same CPU clocked at 2.3, based on a Qualcomm MSM8974 Snapdragon 800 chipset. As for the Lumia 925, this phone “takes” advantage of an Adreno 225 GPU and performs modestly with a 1.5GHz dual core Krait processor, which teams up with a Qualcomm MSM8960 Snapdragon chipset. All three smartphones have compass, gyro, proximity and accelerometer sensors, but the Mi 4 and Nexus 5 have also a barometer sensor.

None of these smartphones have expandable internal storage. The Mi4 has 16 and 64GB variants and the Nexus 5 and Lumia 925 have 16 and 32GB variants.

The Mi4 stands out again in front of its competition, showing off its advanced 13MP rear camera with dual-LED flash and video recording capabilities at 2160p@30fps. Both of the Nexus 5 and Lumia 925 have 8MP cameras on the backs, but the Nokia handset uses Carl Zeiss optics. The secondary camera on the Mi4 is 8MP, while the other two phones have 1.3MP front cameras.

All three smartphones carry non-removable batteries. The Mi4 is the champion here, featuring a Li-Ion 3080mAh battery which withstands 280hours on stand by mode. It is followed by the Nexus 5, which has a Li-Po 2300mAh battery that allows up to 17hours of talk time on 3G and the Lumia 925 has a Li-Ion 2000mAh battery (BL-4YW) with which you can talk 12 hours and 40 minutes on 3G.

The Mi4 16GB variant can be purchased from xiaomishop.com at the price of 460 dollars. The pricing for the Nexus 5 16GB variant is 405 dollars, the Nokia 925 16GB variant costs 283 dollars and both of the models are available on amazon.com. 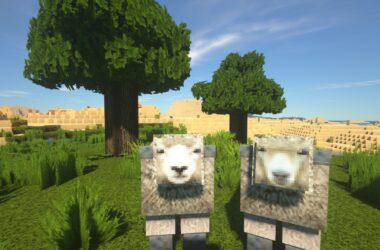 When it comes to multiplayer games, everyone wants to win despite their skill set or their ability to…