Motorola is among the busiest smartphone companies, so far, this year. The company has taken an innovative approach towards new developments. It seems to have almost entirely focused on the low-end portion of the smartphone market, rather than challenge the firms leading the way in the higher stratum.

In early 2014 Moto E was released, followed by the Moto G that has 4G capabilities. Both smartphones were in the low-end segment of the smartphone market. By the look of things, these low-end smartphones may be Motorola’s focus, moving forward. There have been rumors that Motorola is currently working on a Moto G follow-up.

When it comes to Motorola’s budget smartphones, the Moto G is, no doubt, the best. The makers, however, feel it is time to replace it with the Moto G2 version. Information about the G2 has leaked from Mallandonoandroid. So, whether you want to upgrade your non-Android smartphone or your Moto G to the Moto G2, here are some interesting facts you should know.

According to the site, the G2 will also come with a 720 x 1280 screen resolution. However, it will have a 320ppi pixel density, which, when compared to the G version, is slightly lower. This places the screen display size to 4.6 inches, compared to the Moto G’s 4.5 inches. Even so, there is a possibility that this is a mistake and the phone’s screen display size might remain the same.

The G2 is also expected to have the Adreno 305 graphics and a Quad-Core ARM V7 processor. The smartphone has also been rumored to have a dual-SIM format. The OS has not been mentioned, but since there has been a confirmation that Moto X and Moto G will upgrade the operating systems to Android L, there is possibility that the G2 will also have the new Android edition and at worst, be an upgrade of KitKat.

Then there is the camera. The Moto G2 camera will be upgraded from 5 megapixels to 8 megapixels. This is a very nice upgrade, particularly coming from a budget smartphone. There has also been some rumored talk, suggesting front stereo speakers such as the HTC’s BoomSound. However, since Motorola Moto E also has this design, not many people are banking on the idea.

The internal storage memory, battery capacity and RAM, have also not been mentioned. Moto G has a MicroSD slot and 4G LTE support. There is likelihood that the Motorola Moto G2 will also come with the same features.

Moto G is significantly more expensive than the E edition. Upon its release, Moto G had a price tag of £199 in Great Britain and $330 in the US. As such, Moto G2 is expected to have a slightly higher pricing than the G edition. This will especially be so, if most of the specs are found to be more advanced than the Motorola Moto G smartphone version. This phone will be ready for shipping on September 10, 2014. 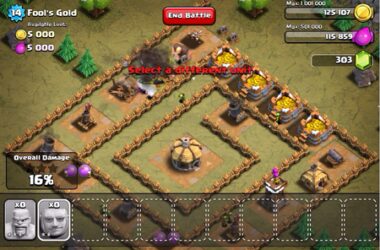 Tips, Tricks and Cheats for Clash of Clans on your iPad, iPhone or Android device

When you’ll start playing Clash of Clans, you will find out that the game is very complex and… 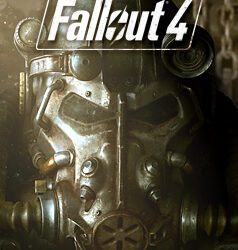 With E3 2014 being over, we still haven’t got any information regarding Fallout 4. A lot of people…