Today, we’re comparing the TechnoBuffalo staff’s choice in 2013 with a BlackBerry model with a big screen and pleasant design. But because we’re looking for a winner and the battle is tight, we’ll take into consideration every feature, advantage and disadvantage.

When the first cell phones have hit the markets, no one cared about the specs, because the experience of talking on a mobile phone and carrying it everywhere was more important than the design or other specs. But now, with the technology bringing more and more options, it’s hard to not want to be able to do more with your phone. That’s why the companies had to come up with new formulas, to make experiments and to create more powerful smartphones. The first mobile phone didn’t have cameras. Now they take pictures with a high resolution and you might mistake them with other pictures taken with digital cameras.

We’ve become picky and greedy in the same time and our current phones aren’t powerful enough. So we want another one, with more potential, with a better camera and a longer battery life and most important, it must be powered by a stronger processor.

The Moto X was in 2013 one of Motorola’s best handsets, competing with other devices from Apple, Samsung and HTC. It has a 4.7inches AMOLED display with 720x1280pixels and 312ppi, it’s powered by a dual core 1.7GHz Krait processor based on a Qualcomm MSM8960Pro Snapdragon chipset and uses an Adreno 320 GPU. The built in storage is available in three unexpandable variants of 16/32/64 GB and the device has 2GB of RAM. Very impressive, so far, but wait, there’s more. The 10MP rear camera is simply amazing, especially because it has features such as autofocus, LED flash, 1.4 µm pixel size, geotagging, face detection, panorama, touch focus and HDR. But the phone has also a 2MP front camera which records videos at 1080p. This phone came initially loaded with Android v4.2.2 (Jelly Bean), but now it runs on v4.4.4 (KitKat). The battery is Li-Ion 2200mAh and it allows up to 13hours of talktime. The 16GB variant costs 390 dollars and the 32GB variant is priced at 500 dollars.

This phone has a slightly bigger display of 5inches, which is Super AMOLED and it supports the same resolution, but a lower pixel density – 294ppi. Like its rival, it’s powered by the same dual core 1.7GHz Krait and it’s supported by a Qualcomm Pro Snapdragon with a different series – MSM8960T, and the GPU is identical. The RAM capacity is the same, but the internal storage has the capacity of 16GB, with the possibility to expand it up to 64GB. The rear camera is 8MP with similar features and the front camera is 2MP. The battery is much bigger, 2880mAh, with which you can talk 18hours on 3G and 25 hours on 2G. The operating system is BlackBerry 10.2, which is upgradable to 10.2.1. This phone costs around 400 dollars. 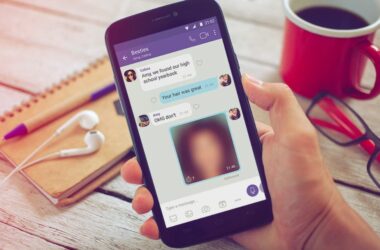 The Samsung Galaxy S duos is the most powerful dual-SIM smartphone from this company, being inspired by its… 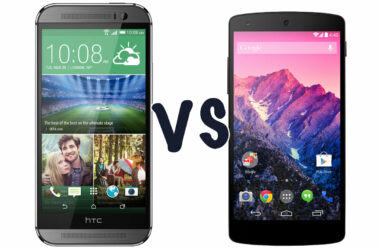 In April this year, the HTC One M8 was finally launched into the market. This made it the first…