One of the most expected news from 4J Studios has finally arrived! The developers announced yesterday that they’ve already sent Minecraft: Xbox One edition to Microsoft for the final test. This already happened with the Minecraft: PlayStation 4 edition a few days ago, but Sony found some problems and they’ve sent it back to 4J Studios to get them fixed. Meanwhile, the developers have fixed the problems and they’ve resent Minecraft: PlayStation 4 edition to Sony.

Minecraft on the next-generation consoles, PlayStation 4 and Xbox One, will come with 36 larger worlds, greatly improved graphics and draw distance. The game will cost 19.99 dollars but the owners of Minecraft on PlayStation 3 and Xbox 360 will get a discount, being able to buy it for only 4.99 dollars.

Minecraft: PlayStation 4 Edition got back to Sony a few days ago and if it all goes well, the game will most likely be released soon for this console. That’s if Mojang or 4J Studios won’t decide to delay it until both of the versions are ready and they’ll release them in the same day. However, the release date should not be far away, even if there will be more work to be done on the Xbox One Edition of Minecraft.

As for the Minecraft: PlayStation Vita edition, there is no news yet, but we’re hoping to get some in the near future. This mobile version will be based on the full Minecraft game and it will be way better than the one found on Android and iOS.

Minecraft has over 54 million copies sold across all the platforms and with the upcoming next-generation console versions of the game it will surely get to a higher level, as soon as the versions will be released.

Two of the most popular apps today are WeChat and WhatsApp, and often it’s a battle between these… 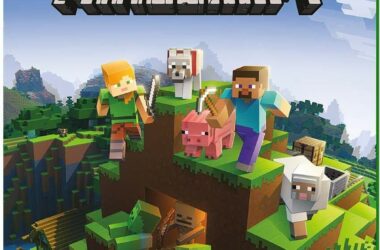 Minecraft Xbox One Is Almost Here

For the longest time now, Minecraft fanatics have been waiting for the game’s release in the Xbox One…