4J Studios, Minecraft’s developer, announced on its official twitter account that the Minecraft: PlayStation 4 version is ready. 4J Studios added that they are still working on fixing bugs for the other two upcoming versions, PlayStation Vita and Xbox One, and that they will let us know when they’ll have fresh news.

Minecraft is set to be released for all these three consoles (PS 4, PS Vita and Xbox One) this month and many fans are worried right now that the developers will not have time to release Minecraft on time and because of that, it’s going to be postponed until September 1.

When Minecraft will be released for Xbox One and PlayStation 4, it will cost 19.99 dollars, but the players who already bought Minecraft to play it on their PlayStation 3 or Xbox 360, will have to pay only 4.99 dollars.

4J Studios are also the developers of Minecraft for Xbox 360, which was nominated for the “BAFTA 2013 Video Game Award”. They also won several prizes from different gaming authorities, back in 2012.

There is no official news regarding Minecraft being developed for Wii U and Nintendo 3DS, but the executives of the Japanese gaming consoles seem to like the idea.

Minecraft got a new patch recently via Snapshot 14w32d, which was released in order to fix some crash issues. The patch also brought changes such as red sandstones, armor stands, the light going through glass and many more.

Minecraft has already sold over 54 million copies across all available platforms and it seems that the game is in a continuously development and it keeps evolving as time goes by. 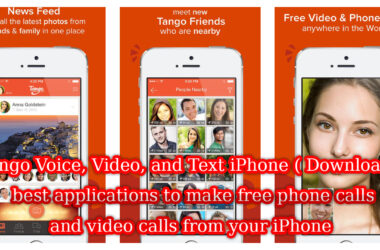 Tango is a free social app, for Android, iOS, BlackBerry and Nokia devices, which allows users to connect…

When you talk about Fallout 4, you can’t just discuss it without connecting it with the rumors that…

iPhone 6 – NFC Rumors and How it Will Affect Mobile Payments

More and more rumors suggest that iPhone 6 will have NFC technology for mobile payments. It seems that…