Minecraft PS4 – Most Anticipated Game of the Year

The highly awaited Minecraft PS4 is going to be launched for the next-generation consoles sometime later in August 2014 on the play station network, although 4J Studios has yet to make the formal announcement regarding the release.

It is assumed that Minecraft PS4 will be approximately thirty six times larger than the PS3 version and therefore clever developers at 4J Studios will take advantage of Dualshock 4′s unique features.

Mojang’s Owen Hill, the company behind the hit game, announced on the Play Station blog that Minecraft PS4 brings a considerably bigger world and a greater draw distance. Minecraft PS4 revolves around one simple principal and that is the principal of survival.

Mincraft PS4 is a game which is divided into day and night cycles. During the day, the player spends time gathering resources, either by searching for ore or by digging holes or by fishing or by planting crops. At night the player spends time doing either indoor work or mining the underground tunnels and building tools, or if the player is chased by the monsters, he or she runs to escape.

Minecraft PS4 edition and the other console versions of the game allow the players to use the PS4’s controller in order to navigate through all the menus as well as craft it by using the touchpad. The player can even share and stream their experiences. In this game the players are also able to share and stream their adventures using the console’s social features. Up to eight players can play online, of which four will be able to play on the same machine using the split-screen option.

Minecraft PS4 – What Is Special in it for You?

The game will integrate the entire features list from the last playstation 3 version due to which the players, who have already bought the playstation 3 edition from playstation network, will be able to upgrade the game by spending a minimal amount for at least one year following the release date. This applies to everyone who has bought Minecraft digitally as they can transfer their playstation network account into their new console. Minecraft PS4 will have a heap of trophies which can be earned by the hunters. The players can win a bunch of Sony-specific DLC soon after the release of the game. The players, who have already purchased several DLC skins and the texture of the playstation 3, will be able to use the Minecraft PS4 edition. Players of PS3 will be able to transform their version into PS4 version with ease and will be able to continue work on an immense composition or even do research in a deeper comportment.

The players of Minecraft PS4 will experience a hell lot of fun playing and will witness as well as capture the imagination of spectators and backseat gamers, no matter what their age or gender is. Minecraft PS4 is expected to be a strong seller as soon as it releases later this month due to bigger worlds which will give the players more to explore. Now that sure makes it one of the most awaited games of the year. 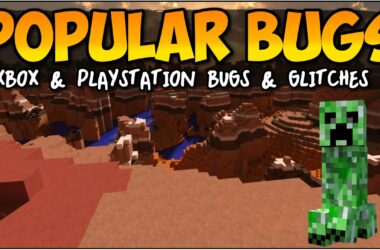