Today we are comparing two great smartphones which you should consider if you are looking to buy a new handset: the Huawei Ascend P7 and the Google Nexus 5.

We can see that the Ascend P7 has received some significant changes when it comes to display and camera which makes it better than its predecessor, the Huawei Ascend P6.

We are not surpised that the Ascend P7 comes with a polished design – seeing how all the Ascend P series has elegant devices. The smartphone has a glass exterior case, while the sides are made of aluminum. The device weighs 124 grams and comes with a thickness of only 6.5 mm. The display seen on the Ascend P7 is an IPS LCD model which measures 5 inches. The screen can render a resolution of 1080 x 1920 pixels, while the pixel density of the display sits at 441 pixels per inches. The device provides sharp graphics and a colorful image.

Huawei equipped the Ascend P7 with a quad core processor working at 1.8 Ghz which is backed up by 2 GB of RAM for a smooth performance. The device supports 16 GB of internal memory space. The operating system this handset comes bundled with is the Android 4.2.2 Jelly Bean which is combined with the Emotion 2.3 user interface. The primary camera has 13 MP, which is extremely good. But what really impresses with the Ascend P7 is the 8 MP secondary camera which makes this smartphone the perfect device for conference calls and, why not, selfies. The battery unit has a capacity of 2500 mAh and it is estimated to last around 22 hours of talking time.

The Nexus 5 is the result of the collaboration between Google and LG which has made a lot of waves on the tech market when it was first released. Let’s see what exactly this handset has to offer and figure out together if it would be a good buy.

We have to admit, the display is not as polished as Ascend P7’s outlook, but it is made out of plastic which means great shock resistant capabilities as well as a lightweight feel. The display is an IPS model which measures 5 inches. The display renders the same screen resolution of 1080 x 1920 pixels, but the pixel density is slightly better at 445 pixels per inch.

The processor that powers the LG Nexus 5 is a quad core working at 2.3 GHz which is backed up by 2 GB of RAM for a smooth performance. This device can be purchased with two options of internal memory: 16 GB and 32 GB. The operating system this handset runs on is Android 4.4.4 KitKat – and we are sure that Google will make the Android 5.0 Lollipop update available to this handset as soon as the Nexus 6 hits the market. The primary camera has 8 MP, while the secondary camera has only 1.3 MP. The battery unit cannot be removed and it comes with a capacity of 2300 mAh which ensures for a talking time of 17 hours. 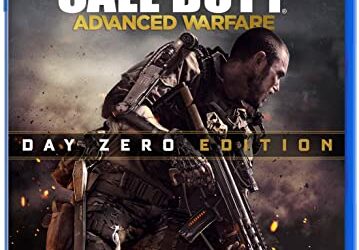 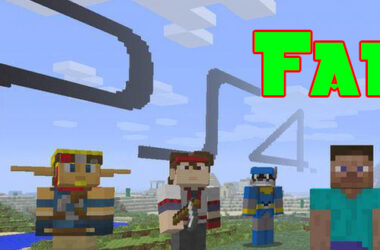 The developers of the Minecraft PS4 edition, 4J Studios have confirmed that the Playstation 4 edition of the…