The tremendous pressure from the Android smartphones, like the Samsung Galaxy S3, forced Apple into launching the iPhone, with a 4 inch display, for the first time, in 2012.

However, subsequent developments in the smartphone industry have rendered this 4 inch display as small, with many high end phones offering close to 5.5 inch displays. As a result, it is widely speculated that the iPhone 6 will come with 4.7 inches of screen space. Of course, this is not a new rumor as it has been expected for some time.

Apart from this new speculation, the iPhone 6 continues to draw a lot of attention for the much-anticipated features like a 4.7 inch display. There have also been rumors that a 5.5 inch model could also be launched in order to compete with the Galaxy Note 4, which is expected to be announced in the next few weeks. It remains to be seen if Apple will increase the resolution of the phone in order to match the increased screen size.

Previous versions of the iPhone offer 640 x 1136 pixels, which is extremely good, but not spectacular. Compared with phones like the LG G3 that offer a 4K display, the resolution on the iPhone 5S, for example, looks pale in comparison. This aspect will further be dented if Apple do not increase the resolution in a comparable way after increasing the screen size. Expectations are that the iPhone 6 will come with 960 x 1704 pixels.

More improvements can be expected on the fingerprint sensor, which was far from being fool proof in the iPhone 5S. However, Apple has shown the way forward with this revolutionary feature. The phone could also feature a new 13 megapixel camera; but it may not be surprising if Apple decides to stick with the current eight megapixel camera. After the arrival of phones like the Samsung Galaxy S3 and Xperia Z2, this camera is in need of serious feature upgrades. The lack of 4K video recording capability is a particularly sore absentee. Rumors suggest that it may not feature in the iPhone 6.

Instagram’s Rich Kid Goes to Jail for Selling an iPhone

If you have been closely following Instagram, you would have known about the user named Lavish P also… 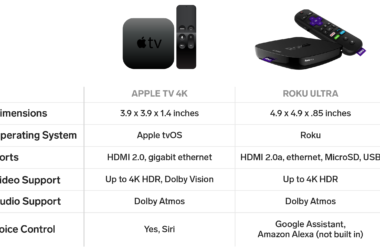 Apple TV vs. Roku – Which is Better?

Both Apple TV and Roku TV are streaming media devices very popular in the market, so it can…

Recently, Sony Xperia ZL2 was launched in Japan. The rest of the world is yet to get their…