According to the latest rumors, the iPhone 6 is expected to come with a protruding camera sensor and a scratch-resistant liquid metal logo at the back.

The iPhone 6 is still a mystery. However, it did not hold back the rumor mill to churn out gossip about the most-awaited device from Apple Inc. Regardless; some of the rumors are believed to be true; it does sound so.

Let us peek at the latest rumors about the iPhone 6 smartphone.

The iPhone 6, in all probability is likely to come in a different design than that of the iPhone 5S smartphone.

In terms of design, Apple Incorporated has kept its traditional design with all its ‘S’ series smartphone. In case, Apple sticks to its traditional design with the iPhone 6, it would be a huge disappointment for the masses. Thankfully, the rumors do not whisper so. In the recent past, several iPhone designs have been leaked over the web. However, the actual and hopefully authentic production cases have come into the hands of the tech enthusiasts. The iPhone 6 is rumored to come in a metal and glass body, similar to its primary iPhone variant.

It is but obvious, the iPhone would comprise of a bigger screen size than that of its predecessors. The case is expected to be larger as compared to iPhone 5S. However, the much-awaited smartphone is expected to be thinner and a bit more rounder in design.

LED Missing on the Rear Side?

The back of the smartphone comes with considerable changes. The pill-shaped cutout at the rear is replaced with a circular cutout. The change in design suggests that either Apple let go of its dual LED flash or the company has managed to put the two LEDs together in the new circular design.

In terms of screen, the iPhone 6 is most likely to come with a larger display as compared to the 4-inch screen of the iPhone 5S. It is also rumored that the iPhone 6 may come in two variants – a 4.5-inch model and a 5.5-inch model.

The latest leaked information regarding iPhone 6 design implies that the latest Apple smartphone would come with a 4.7-inch screen. It justifies some of the rumors about the screen size of the iPhone 6 smartphone.

The aluminium-finish with rounded corners of the iPhone 6 smartphone comes with a protruding camera, similar to that of the iPod Touch. The close-up of the iPhone 6’s back reveals the Apple logo, which appears to be made from a scratch-resistant liquid metal. 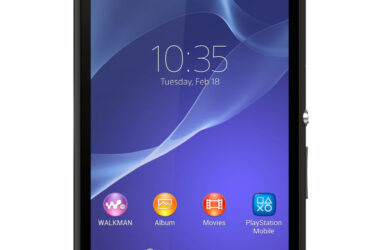 Ultrakam Pro is a third-party application for the iOS, whereby the iPhone is able to get in more…