Apple’s iPhone 5S is the current flagship device of the company.

The release of its latest smartphone, iPhone 5C, has put the device in direct comparison to its iPhone 5S. However, the flagship device beats its recently released sibling on features, battery life and performance. The 5S and the 5C have made their presence felt in the smartphone market. However, the better device could only be determined by making a head-to-head comparison between both the 5S and the 5C smartphones from Apple Inc.

Both the 5S and the 5C are poles apart in terms of design. The 5S is readily available in aluminum chassis, similar to that of the iPhone 5. However, the 5C comes in a plastic chassis with more color options.

The iPhone 5S provides the user with a more premium feeling with its angular shaped design made out of aluminium. However, the aluminium casing succumbs to scratches as compared to the plastic body of the 5C device. The new design of the 5C smartphone was warmly accepted. Still, some considered the plastic casing to be cheap. Regardless, the smooth plastic touch offers an expensive feeling rather than cheap. The 5S is a robust device with its metal and glass casing. The 5C is also surprisingly a tough device.

Both the devices sit comfortably in the hand. As many people would opt for colorful plastic casing of the 5C to the aluminium casing of the 5S, the latter comes with added design feature. The 5S comprises of the Touch ID Fingerprint Scanner. This feature is not available in the 5C device.

The two devices may be poles apart in terms of design; they come with similar display features. The 5S and 5C comprises of 4 inches screen with 640×1136 pixels resolution. The pixel density of both the devices sits at 326-ppi.

Picking a winner in this category would be next to impossible. The point to be noted – both these devices come with one of the best displays presently available in the market. They both offer translucent images and sharp texts.

The devices have very few differences. Performance of both the devices marks a major difference between the two.

The difference lies in the real time functioning of both the devices. The Apple iPhone 5S has a better and powerful processor when it comes to loading WebPages, gaming and opening applications. In addition, the 5S offers a smooth performance when compared to stuttering performance of the 5C smartphone.

Both the 5S and 5Crun on Apple’s iOS 7-smartphone operating system.

Both these smartphones have identical software but there are still a few differences. The 5S has the ability to unlock the smartphone by its state of the art Touch ID feature and is able to purchase applications. The 5S camera supports slow motion video recording mode. These features are absent on its cheaper sibling, the 5C smartphone. Apps open more quickly on the 5S device as compared to the 5C smartphone.

Apart from the above-mentioned differences, the iOS 7 UI is similar on both the devices.

The 5S and the 5C are equipped with an 8MP back-facing camera. The 5C comes with a single LED flash in comparison to the dual LED flash and optical image stabilization features of the 5S smartphone.

The 5S is more impressive of the two devices in terms of camera and its features. The 5S comprises of larger pixel size, providing the user with sharper and clearer pictures.

In terms of battery, both the devices do not differ much. However, the 5S comes with ten hours of video running time as compared to nine hours provided by the 5C device.

The 5S emerges a winner in comparison to its sibling, the 5C. The iPhone 5S has additional features like the Touch ID fingerprint scanner, better camera, powerful A7 chipset and better battery life than the iPhone 5C. 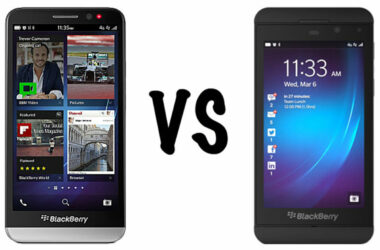 A battle between two BlackBerry devices and there can be only one winner! This article shall reveal the… 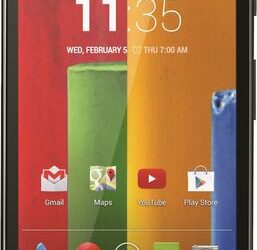