We know that what companies on the tech market are most afraid of is change, but at the same time change is what innovates the tech world so it’s a necessary risk. Google took a chance with the new Android 5.0 Lollipop, introducing the Material Design technology and changing the aspect of the operating system. They might be nervous about how users are going to receive this new OS, but the truth is that the first impressions of developers are that they love it so Google has nothing to worry about.

Material Design, the new technology we were just talking about, is meant to give depth and elevation to the operating system, allowing a layered approach to the interface elements. This new look will make your jaw drop, and you will think of Android Jelly Bean like something oh-so-boring compared to the Android L. It’s a little like how it was when Apple released iOS 7 and completely changed the look from iOS 6.

Google affirms about the new Android L that the OS embraces “the foundational elements of print-based design – typography, grids, space, scale, colour, and use of imagery”. The new software might remind you of iOS 7, but the truth is that it doesn’t resemble Apple’s OS that much – seeing how the Google one comes with shadows and gradients, while iOS 7 has a ‘flat’ design. We’re thinking that Android L will be the first OS to embrace the 3D option of display (with depth perception) – whenever they will be all over the market.

iOS 8 and Android L– More Than Just A Look…

We love how companies try to think ahead of the now, to predict what the future will bring and deliver the correct technology for that concept. For example, Apple and Google both release operating system that will be ready to provide perfect connectivity between handsets – when that will happen.

For example, Apple comes with features like Handoff and Continuity both in iOS and OS X 10.10 Yosemite.

The basic idea is that the future brings ‘unity of an ecosystem’. So all tech devices will be able to communicate with each other – that is why it’s important for OSs to show off the best apps to support this unity. Google comes with features like Android TV, Android Wear, Android Auto which will be great in this supposed feature. 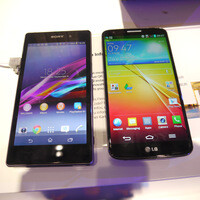 Apart from big guns such as Apple and Samsung, various other companies are aiming for the top spot…

Get ready to rejoice! Minecraft PS4 has been submitted to Sony, again, for final cert testing by 4J… 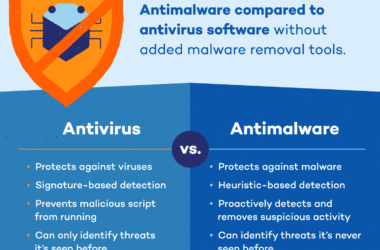 We often encounter the word “anti-virus” and “anti-malware”. While both are designed to detect, scan, and remove threats…