Indian manufacturer iBall is dominant in the smartphone market in its homeland.

However, the idea is to translate that success into other markets such as Europe, USA and Asia. The manufacturer has several phones. Andi 4.5 is one of their better options to capture foreign markets, as the device offers excellent experience at a low cost. One of their competitors in the medium range phones is LG Optimus L9. Let’s compare them and see if there is a clear cut winner.

You can see that these phones are very compact, as they are neither too large nor too small. At 4.5 and 4.7 inches, they have excellent size, making them very easy to operate with just one hand. LG is the handset with a size advantage. Their screen resolution is identical at 540 x 960 pixels, making Andi 4.5 the one with better density due to the smaller size (245ppi vs 234ppi).

Both devices are great phones, and as low as their power is, they offer a decent experience for the users. Their processors are identical, dual core at 1GHz. Both devices offer 1 GB of RAM memory and 4 GB of internal storage. The good news is that they have an option for microSD card, which enhances the memory for an additional 32 GB.
Both Andi 4.5 and L9 come with the initial version of Android 4.0 (Ice Cream Sandwich) installed. However, LG’s device has an advantage, as it can be upgraded to 4.1.2 (Jelly Bean). L9 has its own Optimus 3.0 user interface.

The winner here is Andi 4.5. The device has a better rear camera at 8-PM. LG Optimus L9 offers only 5 MP rear camera. Both devices also have front facing camera. However, you are better off without it, as it has just 0.3 MP. Andi 4.5 also has some nifty camera features like 360 degree panoramic photography and 3D camera effect.

As mentioned earlier, these devices belong to the medium range. As such, their price reflects it. iBall Andi 4.5 costs around $250, while the price for LG Optimus 9 is around $225.

Both devices have one special feature that is a major selling point, depending on the preferences of the user. Andi 4.5 can offer its users dual sim, which is a handy option for all those who use more than one cell phone number. Optimus 9, on the other hand, has NFC technology, which enables faster sharing of content and one tap payment options. That being said, we hope that we have helped you make your decision.

Flappy Bird, one of the most popular mobile phone games of all times has finally made a comeback.… 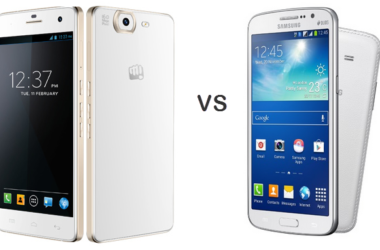 Indian manufacturer Micromax has been growing by leaps and bounds over the last few years, especially in the…