Clash of Clans is a mobile video game that is available for free for iOS and Android platforms, from their app stores.

This is a defense game and its multiplayer feature helps you compete with other players worldwide, when you play the game online. Throughout the game, you will find yourself making use of different types of resources. A resource in Clash of Clans refers to the virtual currency, used in the game that is used for purchasing and upgrading your assets.

Different Resources in Clash of Clans

It is a good idea to gain an insight into the various resources, before playing the game. There are four resources that you will utilize in the course of the game. These resources comprise gold, elixir, dark elixir and gems. Apart from gems, all the other resources have their own buildings, in which they are stored and generated. Each of the Clash of Clans resources has its own benefits, which can help you move forward in the game.

Gold is obtained from gold mines and stored in gold storages. You can use the gold resource to build and modify defensive buildings, walls, traps and elixir storage and collectors. This resource also helps in placing national flag decorations. The quantum of gold you have accumulated is displayed on the top right corner of the Clash of Clans screen. Elixir is collected from elixir collectors and preserved in elixir storages. Apart from its use for placing decorations, this resource assists in purchasing and upgrading army buildings, troops, dark elixir storages and drills and gold storages and mines. The amount of elixir you have is displayed below the gold statistics.

Collected by dark elixir drills and stored in dark elixir storages, the dark elixir resource is used in upgrading and training dark elixir troops, as well as upgrading and purchasing hero class troops. The amount of dark elixir you possess, in a Clash of Clans game, is shown below the elixir details. The easiest way to gain more gems, is to use real currency and purchase them. However, you can avail a few gems as you play the game by clearing trees and rocks in your village or by completing specific achievements or milestones. You can use gems to buy the other three resources and builder’s huts. Gold can also be used to hasten upgrades and gold or elixir collection, as well as complete training your troops. The best use of gems is for builder’s huts.

There are a few simple steps that you can resort to, for the best utilization of your Clash of Clans resources. One way to do this is to know the worth of your troops. Analyze the resources you have and how much you will use to attack your enemy. Also, calculate how much you will gain, by attacking your enemy. If the amount of resources you gain from an attack is about the same as what you already have, it is not worth it. Make sure that you continuously train your troops, when you plan a raid on your opponents. Bear in mind that trophies are not always a priority when you play the game. Finally, if you realize that your winning chances are bleak, surrender and withdraw from the game.

The key to a successful Clash of Clans game depends on how well you are able to make use of the resources.Ensure that you upgrade your resource collectors periodically.

Introducing Clan Wars Clash of Clans is a very popular strategy game from Supercell, with the latest addition… 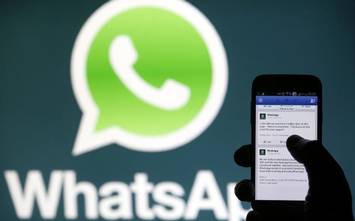 Facebook’s acquisition of WhatsApp has made headlines early this year, especially because of its price tag of $19…