Rockstar was oozing with confidence when they officially released GTA 5 on Playstation 3 and Xbox 360.

They managed to keep the announcement a secret for almost six months, until the Playstation 4, Xbox One and PC versions got announced. Now, the older consoles have started showing their age and they have officially declared that some Playstation 3 owners should upgrade their hard drive system if they plan to download the new updates. Console storage space has been an issue most times, but the problem is being sorted out by relying on disc based games.

However, when GTA 5 got released, the company confirmed that players will not be able to enjoy the game if they didn’t install it into their hard drives. Usually, it’s a rare occurrence for a single game to fill up the entire storage, but it seems the new Grand Theft Auto V is going to be the one. A specific model of the Playstation 3 console will not support the title and won’t allow players to go online to download updates unless the players choose to upgrade their system.

In their support website, Rockstar confirmed that people who own the 12 GB version of the Playstation 3 console will have to mandatorily purchase a storage upgrade. On August 19, the development team released the flight school update with the 1.16 patch and with that they confirmed that there is no other space on the console to install new updates. Compared to the storage size that PCs have, consoles are lagging behind and if they are to sustain in the future, it is mandatory that manufacturers find a way to expand them at the earliest.

The 12 gigabyte version of Playstation 3 was a budget friendly console released by Sony, but it is not going to let you game, unless you decide to buy some extra space to store the game. The support page confirms that players will still be able to play GTA 5 single player missions, without any hassles, but it is the multiplayer mode that you will be missing on. Moreover, the single player missions are going to receive a new DLC as well, which cannot be downloaded or updated into your system if you are using the specific PS3 model.

When Playstation 3 20 GB and 60 GB got released in 2006, they were more than enough to meet the gaming demands at that time. But, it’s almost a decade since they originally got launched and games are much bigger in recent times. GTA 5 has a whole lot of updates being rolled out every day and unlike other titles, Rockstar is not going to charge you a premium for receiving these updates. If you decide to buy a new hard drive for the 12 GB Playstation 3 model, you can follow the instructions in the official website or find some tech guides found online. It’s quite easy to get the job done and start playing your favorite games. 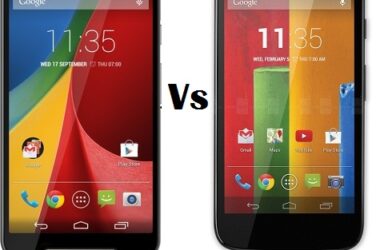 After Motorola released in 2013 the Moto G model, one year later, the 4G LTE variant has seen…

The Lumia 525 is the successor of the 520 model and comes with some minor improvements. The phones…