Antivirus software offers the necessary protection layers against Trojans and viruses, along with spyware, adware, worms and other malware.

Having a good antivirus software program installed on your device can go a long way in protecting it. There are many free software products that are capable of automatically blocking malicious codes and scanning files on your device to make sure that no nasty stuff enters the device.

Currently, it is the best among free security options and brings very effective protection. It is lightweight and offers a good package. Avast has a clean interface with real time malware scanning features. It also offers a web protection module. The interface allows users to make changes to the way in which you receive notifications, for setting up and scheduling scans and for entering or exiting the gaming mode, which is silent and so on. You can also configure alerts related to emails. It also offers good secondary features, such as the Browser cleanup that eliminates unwanted add-ons and solves configuration problems caused by malware. Adobe Air, Java and Flash are kept up to date with the Software Updater.

AVG not only protects your device from spyware but also goes a step more by scanning likes, such as the web, Facebook and Twitter, enabling the shredding of files. The latest version makes it one of the best free software, equipped with a strong detection rate and coming with some additional useful features. The user interface is shown in the new Windows 8 style, using buttons for the various features and no tabs. In order to run a scan, users can press the small Scan Now button that is found in the lower part of the screen. There is a full system scan as well as a custom scan, which enables selecting whatever the user wishes to scan. There is, however, no option for a quick scan. Apps and drivers along with rootkits are examined in a full scan. These are stealthy programs which get launched, as soon as the system starts and are quite difficult, both for detection and removal.

It is a lightweight software program and quite unobtrusive. Many users of Windows XP were worried about the support for XP ending, but the good news is that it will continue to offer support for the XP version till the middle of the next year. The product is a baseline one that is available for home users of Vista, Windows 7 and Windows XP, though not for Windows 8. Windows 8 comes along with a Windows Defender that is already inbuilt in the version. It is the least intrusive among such antivirus software and you may not even notice it running on the PC. Its effect on system resources is also very minimal and is not noticeable, except when performing a scan.

The interface is simple and is tab based, being a simple package. The main tabs offer basic control of all the updates and scans to be performed. The settings tab offers some of the more sophisticated features and options. There are not much of advanced control features, such as file shredding features or a scanner of registry and so on. It, however, comes with some practical default features, namely, weekly scans that are scheduled for the early hours of the morning. These will run only when the PC is idle. The CPU throttle is another feature that prevents scans taking up too much of the system resources. The MAPS or Microsoft Active Protection Service enables sharing of information related to threats, with Microsoft, so that it can improve the performance of the software. 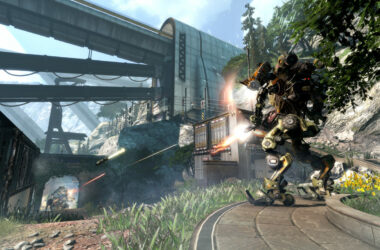 Air travel can be very expensive. When planning a vacation or business-trip, the expense of reaching your destination…