Zynga first started itself with Farmville, way back in the initial days of Facebook gaming.

The game is back for the iOS and Android devices. It comes with more optimizations and saves time, avoiding social spamming as well to a great extent. Farmville 2: Country Escape is a completely mobile installment game from Zynga, with much improved graphics. It is a very charming game, very reminiscent of the original Farmville, but with a little of the creative freedom of the original game missing from the sequel.

Objective of the Game

The player has to fix up a family farm and grow crops, harvest resources from the animals and plants in the farm and so on. Many of these resources can be made into more complex products at the dairy and the windmill. All the controls are touch based, so these activities can be performed with a mere touch. The player simply has to tap on the crops for watering them or just drag the ingredients for making a recipe, using a single swipe. The sales board is regularly updated showing the price of certain crops and goods, the money you have earned and the experience gained. There are also quests that help you increase coins and experience.

Comparing to the Original Farmville

When you compare Farmville 2: Country Escape with the original Farmville, you will find a lot more thought put into the crops you grow, the time in which you grow them and such details. This is because of the limited storage space available. You can expand the storage space, but this will require spending your keys or going into long forays or else spending premium currency. This whole game has a new rhythm in it and you get used to this rhythm as you play along.

However, you cannot express yourself as much as you did in the original game. There are some decorative items in the game, but not as much as the ones available in the original hit. Land expansions are also available but given on a very strict incremental basis over a period of time. The game has become more coherent in this way but lost its creativity, so players may not be able to express themselves fully as in the original game. You can still go and visit other farms, but all of them are going to seem the same at a particular point of progression. Of course, those who are ready to pay real money for keys can unlock things faster and will have unique looking farms.

It has to be accepted, however, that no Facebook game has ever had such good-looking farms as those in Country Escape. All the items are rendered in three dimensions and offer beautiful animations. When you zoom in, you can view the birds flying in and landing on the scarecrow, the swaying of the trees and the grass in the breeze. Everything is very lively and active in the farm world with farmhands helping with quests and playing horseshoes.

Zynga probably wanted players to stop competing over who have the maximum amount of stuff on their farms when it released Country Escape. However, there is no room for creativity in the new game and this has drained the magic of the game to a certain extent. Those interested in casual farming will continue to play, but it is doubtful whether the game will rule the roost as it did earlier. There is plenty of content, but you will probably spend most of the time watching the progress bars rise and fill up.

Nokia Lumia 620 smartphone has a special place in the company’s good books. The smartphone may have failed… 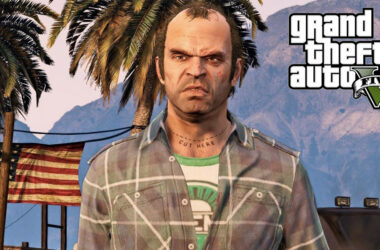 Free Antivirus – Give that Power Shield for your Computer’s Immunity

Human’s super brain – the computer, has made it possible to make moles out of a hill. Nothing…