Clash of Clans – Tips and Tricks On Upgrading Buildings, Attacks, Trophies and Gems

If you just started playing Clash of Clans, then you are in the right place, because today we’re going to give you a Clash of Clans newbie guide.

Just started playing Clash of Clans? Here is what you will need to do in the first 48 hours

First of all, start by completing the tutorial, but keep in mind that you don’t really need to spend gems to speed up constructions or to get resources in order to start the next constructions. Instead of doing this silly thing, just wait until the construction finishes on its own and wait until you have enough resources to build the next one. This way, you will save some Gems and you won’t waste them on this tutorial. At the same time, you will not need to send all your Wizards, two will be enough if you deploy them next to the Cannon.

In the first 48 hours, you will want to upgrade your resources collection (Elixir collectors and Gold mines) and the resource storages (Elixir Storage and Gold Storage). Make sure that you’ve built all the Elixir Collections and Gold Mines that the game allowed you at that time, and when you will be able, upgrade your Town Hall as well.

Keep in mind that you don’t have to build defensives yet such as traps or walls, because you have a 3 days shield which will prevent you from being attacked. You can see how much time you got left by looking in the top middle right side of your screen next to the shield. The shield will be removed once you will search a multiplayer match, so don’t do that in the first 3 days.

Do not build a second Elixir Storage or Gold Storage and instead wait about a week to do that.

The last 24 hours of free shield

Other things you should do

You can upgrade the Gold Mine and the Elixir Collection at a high level (if you are an active player you will bring them at level 5). You can also upgrade the Gold Storage and Elixir Storage as much as you need and of course attack Goblins in single player campaign for resources.

Things that you should not do

Do NOT build a second Elixir Storage or Gold Storage and don’t care about the building defenses until you got 24 hour left of your shield or attack other players in multiplayer mode, because you will lose the shield, and especially do NOT use Gems!

Important things you should know about Clash of Clans

What happens in case of an attack?

The village which is attacked can lose a few Trophies and some resources. The buildings will be destroyed, but don’t care much about them because they will be repaired 5 seconds later after you log back into the game. The only things that need to be “repaired” are the triggered traps.

Trophies are how the game measures your skills. When defeating other players you will earn Trophies and they will lose some. If you somehow lose the battle, you will lose Trophies, while the other player will gain some.

Gems are the premium currency in Clash of Clans. You can use them to buy Builder’s Huts, shield, resources or even boost Elixir Collection or Gold Mines. You can also instantly train Troops or instantly construct buildings. The Gems can be bought with real money or by completing some specific achievements.

Gold and Elixir are resources in Clash of Clans that you will need in order train troops or construct and upgrade buildings. By spending Elixir you can also use some specific spells after you unlock them by creating and upgrading your Spell Factory building.

You can’t control your troops, but instead you can choose where they will be deployed. The troops will mostly attack the nearest target, but keep in mind that some of them have a “favorite” target and they will only attack those until all of them are destroyed.

If you are new to Clash of Clans, then you are surely asking yourself where your troops are after a successful raid if they didn’t die. To keep the game balanced, the developers decided that all the troops you send in a battle will be lost, even if they die or not in the battle.

Getting attacked only by 1 troop 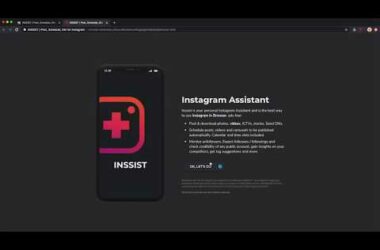 For all those of you, who love clicking pictures with Instagram, running Instagram on PC was never this…