Everyday, there are new players joining Clash of Clans and if you’re one of the newbies, today we’re going to tell you what you should upgrade first. This way, you will not waste resources for useless things.

1. Buildings you should upgrade first

After that, you can focus on upgrading your barracks in order to get access to new troops. This way, you will be able to use some strategies when raiding a village with 2 or more types of troops.

You will want to have your elixir and gold storages as high as possible, in order to not lose any resources that you will get from raiding. For example, if you have a 5.000 gold cap and you gain 7000 gold from a raid, those 2000 extra gold will be lost and we don’t want that to happen.

2. Defensive buildings that you should upgrade first

Focus on upgrading your weapons that do splash damage, such as the mortars and wizard towers. These two buildings will most likely win you a lot of battles if the enemies will send a large group of troops at once, because they will all be hit by the splash damage.

After that, you can upgrade other defensive buildings that can attack on the ground and air units such as teslas and archer towers.

After that, you can upgrade the rest of the defensive buildings such as air defense and cannons.

3. Troops that you should upgrade first

Try to upgrade the troops you use the most on raids. For example, is useless to upgrade troops such as goblins if you never (or at the moment) don’t use in raids. For a new player you will want to upgrade archers and giants. You will use giants to take the damage for the archers, while archers will destroy the village you attack without worrying about the defensive buildings from it.

After you upgrade them, you can start upgrading wizards, since these will be the most important troops. After that, you can upgrade the rest – goblins, wall breakers and barbarians. However, if you don’t use a specific troop in raids, do not upgrade it, because it will be a waste of time and resources.

4. Traps you should upgrade first

The first trap you should upgrade is the giant bomb one. After that, you can upgrade your normal bomb and just after that the air bombs.

The reason you want to do this is because most of the Clash of Clans players don’t use so much air attack troops such as minions, balloons or dragons. Most of the time, you will be attacked by giants, hogs, archers or wizards, so this is the reason you will have to upgrade your ground traps first. 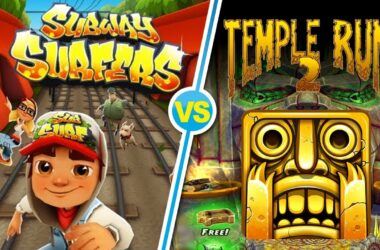 Recently, many people have been arguing about which was the better game – Subway Surfers or Temple Run… 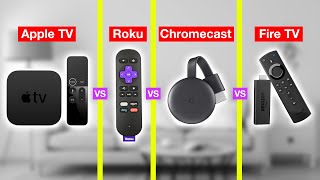 Apple TV and Roku are streaming media devices that are quite popular in the market now. Choosing the…