Battlefield Hardline is the next iteration in the franchise which will be published by Electronic Arts but DICE is taking a break this time, whereas Visceral games, the team behind Dead Space is working on the new Battlefield.

While the franchise is always associated with being one of the best multiplayer military shooters around, EA took a sharp turn this time by introducing the heist based cops versus robbers matches.

The multiplayer elements remained the same and the game looked too much like Battlefield 4 that forced the developers to discontinue the release. They went back to their drawing boards to work on the game which is now scheduled for an early 2015 release. While the game’s release is a good couple of months away, the team revealed some interesting information during the recent Gamescom 2014 event. They talked more about a new mode called Rescue mode which the team believes has the potential to be added to e-sports and has a great future ahead.

Visceral could have named the Rescue mode in Battlefield Hardline as Hostage mode because it is all about rescuing those who are being held by the robbers. There will be a team of five robbers who control different hostages and there will be another team of five cops who have to make sure they take their opponent out without harming the innocent civilians. The biggest catch in this game mode is that there will be only one life per person and re-spawning will not be allowed which forces players to plan their every move before they act.

It is similar to the Counter Strike hostage rescue mode as well as the upcoming Rainbow Six Siege. While e-sports may not adopt every game, the developers believe that they have plenty of simulation elements incorporated in to this particular mode which would make their title as a widely accepted one in challenge matches.

Battlefield Hardline had an extensive beta earlier but the game was postponed to 2015 because Visceral believed that they could come up with a better game if given enough time. The team is also busy working on changing the single player campaign as well, making alterations to the storyline and adding some new features which would strengthen it. We expect the multiplayer mode will be completely revamped because it was too much like Battlefield 4 in the past which fans didn’t enjoy as expected. The weapons were too many that made it play like a military shooter in an urban setting rather than a minimalistic fight between cops and robbers during bank heists.

Gamescom wasn’t much of a big reveal but once all the big titles land in the month of October and November, we might start seeing more of the anticipated 2015 titles including Batman Arkham Knight, Battlefield Hardline, The Witcher 3, Evolve among many others. It’s going to be a crowded time next year because a lot of AAA titles have been postponed to the first quarter of the year, stating development reasons.

With the release of Fire TV from Amazon, it seems as if the Amazon has gone a step… 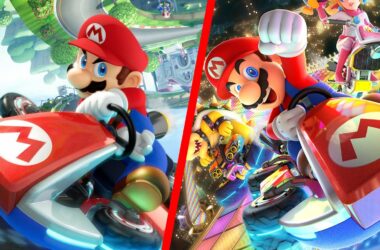 Nintendo, the biggest player of the 80s and the 90s, is now struggling at a point where it…