In a new twist of event, Ubisoft has confirmed that Assassin’s Creed Unity, the next generation game, in the franchise for Xbox One, Playstation 4 and PC, will not feature a multiplayer mode.

The reason being stated to justify the change is that the developers are looking forward to introducing an all new multiplayer experience – the four player co-op mode. While there have been multiplayer modes in the game, it wasn’t the success that Ubisoft expected. If you go online now, you might find a very less number of players participating because it lacks the depth that most multiplayer titles have.

Not only from a developer perspective, but from a gamer’s view point as well, this is one of the best decisions that they could take. The franchise is known for its single player campaigns, ever since its original debut and introducing the all-new four player co-op mode to complete story missions is an innovative move from the development team. The game play video shown during the E3 2014 event was impressive and paved way for great expectations which we hope they manage to catch up when the title gets launched in the month of October.

No More Multiplayer For Unity and Rogue

Assassin’s Creed Unity the next gen game and Assassin’s Creed Rogue, the title that is exclusively launching on Xbox 360 and Playstation 3, will not feature multiplayer modes. In Ubisoft’s official statement, the company said, “With the new game, we are reinventing the franchise and thanks to the new generation hardware, which has allowed us to take leaps in terms of innovation as well as game play strategy. When we designed the game, we not only wanted to evolve it in terms of hardware but in game play as well.

Our session with the fans revealed that they wanted a new type of multiplayer experience, the co-op mode which had been in our minds for a long time. So, we took up the opportunity and decided to implement it in the game.” The statement added that because of the time spent in creating levels that supports four different players at the same time, the team couldn’t work on a different multiplayer mode and decided to skip it completely.

Not On Wii U

Earlier, Ubisoft confirmed that Assassin’s Creed Unity is not coming to Wii U because of the lack of audience who enjoy the franchise on the platform. They opine that it has become more of a family friendly console that doesn’t have a space for mature titles to land in. Assassin’s Creed Rogue, the older generation game is also not going to be coming to the Nintendo platform, which could be a bit of a disappointment for people who own the console.

However, other Ubisoft titles, such as, Just Dance and Rayman series will continue to be on the platform, because they are family friendly titles. Assassin’s Creed Unity is coming to Xbox One, Playstation 4 and PC on October 28, while Assassin’s Creed Rogue comes on November 11. 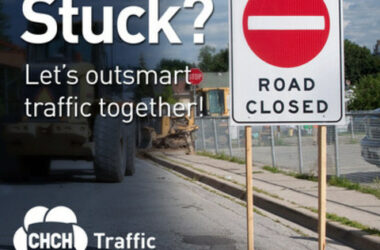