Apple and Google have been going at it for quite some time now.

They are competitors in almost every segment of technology, and streaming media boxes are no exception. Both Chromecast and Apple TV do similar things, but in different ways. But both are trying to get into your living room and sneak into your big screen TV. The question is, which one to choose?

The difference in design is noticeable at first glance. While Chromecast looks like a standard USB memory stick, Apple TV is a black box with the size of a hockey puck. Both can be plugged into your HDMI port. Both devices come with 512 MB RAM, but Apple TV has a lot more internal storage memory (8GB vs 2GB). Apple’s device is also much heavier (270 grams vs just 34 grams). Chromecast supports devices running on Android 2.3 or higher, but can also stream content from devices running on iOS 6 and higher, Windows 7 and higher, Mac OS and Chrome OS. Apple’s device, can only stream from iOS 6 and higher, Mac OS and Windows XP and higher. It is clear that Chromecast is more open for others, third party products.

One downside for Apple is the way Airplay functions. Applications working in the background stop streaming once you close them. In essence, if you hit the home button to check your mail, you will interrupt the signal between your iPhone and TV.

Both devices allow consumers to stream content from their devices to the TV. However, they also have additional channels / applications. While Chromecast relies on third parties as HBO, Hulu and Netflix, Apple’s channels appear on screen.

Apple TV offers around 40 channels and is adding more, but they still lack Amazon Instant video and other popular channels. Chromecast offers options including Google Play, HBO, Hulu plus, Pandora, Netflix, Vevo and Youtube. However, neither one offer games like Roku 3.

When it comes to content, Apple easily wins, but one can say that is because Apple TV was launched in 2007. It has three Disney apps for children, lots of sports channels, music and video channels and more. Chromecast is still catching up, and you can never doubt Google.

Chromecast has no remote at all. Instead, users connect via Google Chrome browser on their PC or applications on their devices. Apple TV comes with small, easy to use remote. One can say that Google’s method is simpler.

Chromecast is a clear winner here. As the newest player on the market, Google decided to capture the market with the lowest price of all competitors. The price of its device is just $35. Compared to other devices like Apple TV, Amazon Fire TV and Roku 3 (price of $99), Chromecast is almost three times cheaper. Even with the least amount of applications / channels between the competitors, once you add the Chrome tab extension, the device is worth the investment.

There is no clear winner between these two. Even though they are similar, they do things differently. Apple is the better choice if you want traditional media streamer with outside channels / applications. However, the price of Chromecast makes it worthy investment, especially if you don’t have Netflix on your TV. 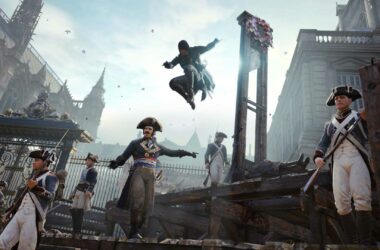 Have you always fantasized of being an Assassin and diving in a leap of faith? Does the parkour… 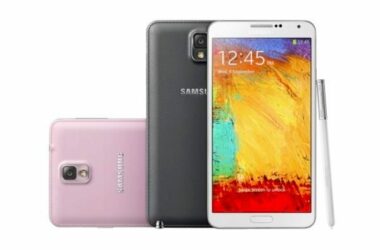 Samsung and HTC often compete with each other, launching similar models simultaneously. This time, we are going to…