Today we thought we would compare Apple’s iPhone 4S and Motorola’s Moto X. Let’s take a closer look at what each of these smartphones has to offer and figure out together which one would be the best fit for you.

The iPhone 4S hit the markets in the month of October, 2011 and at that time it caused a lot of waves on the tech market. Today, it is still a great option when looking to buy a new smartphone.

The design is quite elegant – as Apple always ensures with its devices. The toughened glass of the device is supposed to add a plus of protection. The handset has its power/lock button on the top, while the volume buttons are on the left side. The display is an IPS LED backlit model which measures 3.5 inches. The screen resolution rendered on this device is of 640 x 960 pixels, while the pixel density sits at 330 pixels per inch. The Retina display Apple equipped this handset with guarantees a sharp, colorful image.

The device is powered by a dual core processor working at 1 GHz which is backed up by 512 MB of RAM. The iPhone 4S supports multiple options when it comes to internal storage capacity: 8GB, 16GB, 32GB and 64GB (there is no microSD card slot, meaning that the memory is not expandable). The operating system the handset runs on is iOS 5 which can be upgraded up to iOS 7.1.2 – there are rumors about Apple making the iOS 8 update available to this smartphone as well. The rear-facing camera has 8 MP, while the front-facing camera is a VGA model.

The Motorola Moto X is an improved version of the Moto G: the device comes with better specs regarding camera, processor and display.

The Motorola Moto X comes with a plastic exterior case which makes the device shock resistant and lightweight compared to the iPhone 4S which is made out of glass. You can purchase this handset in 5 color options: turquoise, black, white, royal blue and red. The display seen on this handset is an AMOLED model which measures 4.7 inches. This display can render a superior screen resolution of 720 x 1280 pixels, but the pixel density is actually slightly smaller at 312 pixels per inch than what Apple’s device has to offer.

The processor that powers the Moto X is a dual core working at 1.7 GHz. The device supports three options when it comes to internal memory space: 16GB, 32GB and 64GB. The operating system this handset runs on is Android 4.4.4 KitKat, which will be able to upgrade to the next Android version when it hits the markets. The primary camera has 10 MP, while the secondary camera has 2 MP. The phone comes with an interesting feature: Quick capture which allows you to access the camera by just shaking the device twice. The battery unit has a capacity of 2200 mAh and it is estimated to last around 13 hours of talking time (3G).

SAMMobile received from an anonymous tipster some pictures of what seems to be a   Samsung Galaxy S5 Mini.… 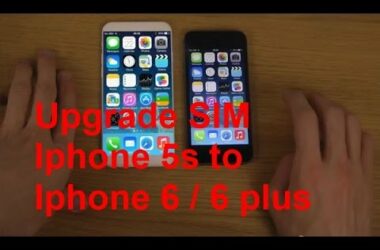 In case you bought an iPhone 5S right before the iPhone 6 got released, donât worry, there is…