For those looking for a smaller tablet, iPad Mini 2 and Nexus 7 are the prime choices.

They are the best options on the market. Once you narrow your search to those 2 models, the dilemma is harder. For many, it comes down to price as the Nexus 7 is way cheaper at $230 whereas iPad Mini 2 costs $400. However, if you can afford both tablets, pay close attention to their similarities and differences that will help you make your decision.

Mini 2 is still very light tablet, with a great screen and easy to work on. The screen size is even greater when you take onscreen navigation buttons on the Nexus into consideration. Google’s tablet does provide a wider range of colors, but you can notice the difference only if you put the two tablets side by side. Apple also triumphs in the build area, as the mini 2 has the familiar aluminum construction, while Nexus 7 is plastic build.

Apple still hasn’t caught the quad core revolution when it comes to tablets. The mini 2 version has a dual core processor 1.3 GHZ with A7 chip and 1GB RAM memory that runs faster than the Nexus quad core Snapdragon processor. Additionally, iPad has more room for improvement, especially if developers push the 64 bit version to the limits. Nexus 7 has 2GB RAM, double than the previous version, with a quad core Snapdragon 1.5GHz processor. The problem with both tablets is that neither has a microSD card slot. The advantage here goes to iPad, as it offers two extra storage tier options (16/32/64/128 GB). Nexus 7 comes only with 16 and 32 GB internal memory.

Both iOS and Android operating systems have its fans, and we are not going to discuss which one is better. However, iTunes store has a lot more applications at the moment. Another problem with Nexus is that its small screen stretches out several applications. Therefore, they don’t look good at all.

There is nothing special with the camera in either of the tablets. But people rarely buy tablets for the camera, anyway. You can say the camera is identical, as both devices have 5 MP primary and 1.2 MP secondary camera with autofocus, touch focus and face detection. You can record videos at 1080p and 30fps.

Apple wins here as well. The iPad Mini 2 can last several hours longer than the Nexus 7, if they run the same operations.

This is where it gets tricky. For those choosing solely on the price, there is no question that the Nexus 7 is way more affordable. With a starting price of $400, the iPad Mini 2 is more expensive. The difference of $170 can be a deciding factor. 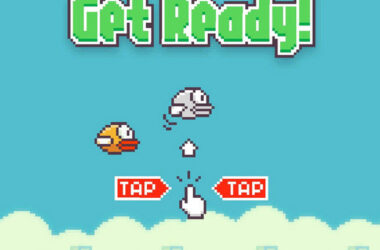 Just a few weeks more and you will be tapping away on your device once again, as Flappy… 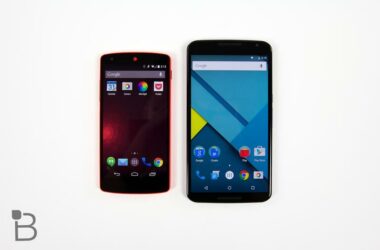 Google Nexus 6 Comes Along Android 4.5 Lollipop – What To Expect?

The Google Nexus 5 was launched in mid-2013. Along with it came high specs and an unadulterated Android…

When it comes to games, you have many good choices to pick from. While there are not many…