Streaming devices have grown in popularity in the last one year despite this segment having been in existence for several years now.

Apple TV was one of the first devices to come into the market, but the likes of Chromecast and Amazon Fire TV provide more than just numbers in this segment. Roku is also a top player in this segment, owing to its wide support for video content.

All major streaming devices like the Fire TV, Apple TV, and Roku come in boxy designs. The sole exception is the Chromecast, although the Roku is also available as a stick. Chromecast comes in the form of a stick that is very similar to a thumb drive. While it may benefit from aspects like size and price, it loses out in some areas.

One of the key functionalities for a streaming device should be its ability to support video content of a wide variety. Roku delivers exceptional value for money in this regard by supporting most video content through apps like Amazon Instant, Netflix, Hulu, Disney Channel, Time Warner, and HBO GO. Chromecast suffers quite badly in this regard by offering support to only a handful of such video apps. The Apple TV and Fire TV come close to each other in this regard.

Sports fans will be able to rejoice in the presence of numerous sports apps on Apple TV compared with the rest of the competition. Roku was not far behind in this regard, as it features popular apps like ESPN, Major League Soccer Match Day, MLB TV, and NHL Game Centre.

Music apps are fairly limited on the Apple TV, as this device largely depends upon iTunes for its media content. It may not be a bad thing, but the likes of Chromecast and Roku provide several alternatives along with some proprietary apps. Chromecast comes with a whole array of Google’s proprietary apps like Google Play. The likes of Pandora, Vimeo, and Vevo along with many others, are seen in Fire TV and Roku.

Since these four come with support for HDMI connections, it will not be difficult to have them up with the latest high-definition televisions. Roku, Apple TV, and Chromecast all come with 512 MB memory, although the stick version of Roku has only 256 MB at its disposal. Fire TV excels in this regard by having 2 GB at the disposal of the user.

The standard features of these four devices are unique. The Chromecast excels because of its size, which in turn reduces the price to just $35 – the cheapest amongst the lot. Roku, Apple TV, and Fire TV all cost $99, but the stick version of Roku is priced at $49. Chromecast, along with the stick version of Roku, are the only devices to miss out on a physical remote. Fire TV has the added advantage of being able to becoming a gaming console with the addition of a $40 gaming controller. 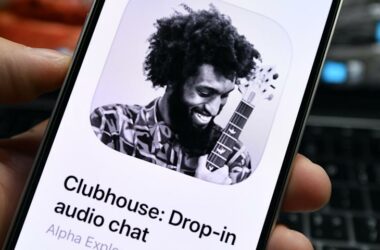 As the releasing day for the iPhone 6 is nearing by, more and more rumors leak out every…