Xiaomi is one of China’s fastest growing electronics companies. It recently unveiled a flagship smartphone with a companion wristband.

According to the firm, the steel handset has a 5-inch screen and offers 17% more resolution than the iPhone 5s from Apple. This smartphone also comes accompanied by a wristband that acts as the ID authenticator, enabling the smartphone to be unlocked without needing a password.

According to some experts, Mi4 is a winner, from a company that has unstoppable momentum. During the launch of the Mi4, it was revealed that the company had sold over 57.4 million smartphones since it went into the smartphone business three years back.

Additionally, the company said that the first batch of smartphones to be sold in India, sold-out in 38 minutes. However, it was not disclosed just how many phones they were.

Earlier in July, Samsung made a forecast of a drop in their profits and part of it could be attributed to increased competition from their Chinese rivals like Xiaomi and other companies.

Xiaomi was started back in 2012 and initially, only dealt with MIUI as add-ons, for Android devices. However, a year later, the firm announced its first ever handset, which had high-end features and had a relatively low price tag. The firm was able to achieve this by minimizing advertising and selling its device via the internet. This strategy is still in use today.

Last year (2013), Xiaomi caused a stir with the announcement that one of the top Google Android executives was leaving Google to be Xiaomi’s international vice president. This weaved together the killer combination of an audience that used social media as the grapevine and great products at great prices.

Xiaomi also uses changes suggested by their customers to create the ideal smartphone. This shows that the firm is inclusive when it comes to their users defining the software and hardware direction of their devices in some ways.

Mi4 online marketing boasts of its 13 megapixel fast rear camera and high color saturation. It has a design that is reminiscent of the iPhone 5 and it is the first metal-framed smartphone from Xiaomi.

Mi4 has the Quad-Core Qualcomm Snapdragon 801 2.5 GHz processor, like that seen in the Samsung Galaxy S5 UK edition. However, the MI4 comes with a 3GB RAM and comes with the 16GB and 64 GB versions.

Prices and the Mi4 Band

The Mi 4 band enables users to unlock their phones through Bluetooth, it is water resistant, can act as your alarm clock and can track sleep and activity. According to Xiaomi, this wristband can go up to a month (30 days) without recharge. The Mi 4 wristband also has a separate price tag of $13 or £7.50 (79 yuan).

Xiaomi sells its phone devices in China, Malaysia, Taiwan, the Philippines and Singapore. 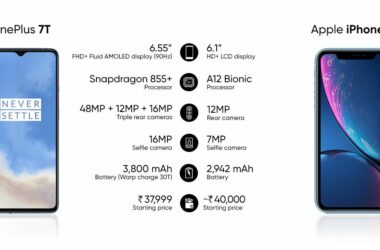