The damage caused by computer viruses is more or less the same, as the havoc caused by the germs that circulate in public transportation.

Many people are not interested in the viruses that infect their PC’s, but this is an issue that should not be ignored. Just like the common cold sifts silently through the masses, so do spyware, Trojans and worms, infiltrate your PC.

Regardless of whether you know they exist or not, viruses tend to ramp up CPU usage and slow down application processes. At the same time, they simultaneously modify your desktop’s appearance and modify integral files. Catching these viruses is no easy task. Thankfully, there are many antivirus programs available and the best part is that some of them are free. These antivirus programs help combat all threats of impending invasions. Here are the top 5 free antivirus programs you can use in 2014.

This antivirus from Lavosoft is one of the most trusted ones and has been a leading program over the years. It is incredibly easy to install, gives fantastic results and has notifications that are non-intrusive. The free Ad-Aware version gives real-time malware and anti-virus protection. It additionally provides the latest technology in sandbox emulation, thereby giving overarching protection to users who are downloading files, browsing the internet or just simply checking their email.

Introduced back in 2008, Malwarebytes has over two-hundred million downloads annually. It also provides one of the most comprehensive and the best virus removals. The chameleon technology it uses, makes it possible for Malwarebytes to run on systems that have already been infected.

This antivirus program offers real-time pop-ups and spyware protection. Even though it is enabled by default, users can still disable it, in case they want to use other antivirus programs. It also has a monitoring system that recommends action, the minute it detects a virus. This program automatically runs in the background, but users can still schedule removal and scanning times to whenever it is convenient for them.

This is a popular antivirus program that also comes with a built-in antispyware protection for free. This extra package is a bonus especially when you consider that most companies that provide anti-virus programs only have such a feature in paid packages. It is efficient and deletes corrupted files ensuring that there are no virus footprints left in the system. There are some additional tools like those available for filtering outgoing and incoming email and network traffic monitoring components. You can also use your computer’s default browser to activate the anti-tracking feature.

This antivirus program has a lackluster design and minimalist interface making it the most low-maintenance antivirus program. Even though it does not feature configurations, it uses cloud-based detection to automatically scan the computer in the background. This subsequently enables it to perform deeper scans. It runs a virus shield in real-time thus blocking malicious URLs. It relies on behavior based detection to protect your machine from 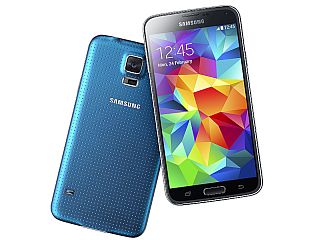 It would not be wrong to suggest that Nokia is one of the forefathers of the mobile industry.…