The Watch Dogs World – Hacking in the New Realm?

The wait is finally over and Watch Dogs has released the final graphic makeover on its PC version.

The game, which has been rated for mature audiences, takes on a lot of interesting additions. The storyline is strong and the plot takes players into a world, set into the distant future. In this not-so-unlikely futuristic setting, the city of Chicago is completely taken over by a computer system, which is so massive that it handles the entire city’s infrastructure on its own. Whether it is the traffic lights, the city’s administration and the drawbridges – everything is controlled intelligently by a computer system. So, though, there is a lot of security and efficiency in the city, it comes at a cost – that of autonomy of the city’s government and the privacy of the people living in it.

Aiden Pearce, the protagonist of the game, is an expert hacker and is consistently looking for ways to get inside this interconnected system, which turns out to be highly capable of being abused. As a hacker, Pearce has to contend with a lot of other in-game hackers and bosses. His is a journey of vengeance, for the violent death of his niece and he is working double time on it. So at the center of the game’s plot is the technology and as the protagonist, you – the player, have to sneak your way to your goal, plotting your hacking attacks and abusing technology to the maximum.

So Does the Hacking Work?

In principle, this is something that should really get video game fans excited. A world, where you get successful through your hacking skills – which video gamer would not be thrilled by the idea? However, it seems that Watch Dogs fails to take this stupendous idea – a money maker in itself and cash in on it. Though the game play is smooth and the storyline is tight, Watch Dogs simply doesn’t have what it takes. The game could have been really promising, if the developers had given a little more character to Pearce. However, failing to do so, they fall back on the oldest trick in the bag – shooting anything and everything. This could have worked perfectly for Watch Dogs, had there not already been much better shooting games available in the market.

What Should Watch Dogs Have Done?

With a powerful tool like hacking, Watch Dogs could have been turned into one of the most phenomenal strategy and role playing games. If there were more creative interactions and hacking options, the game would have to rely much less on its firepower – something that would have worked very well in its favor. The environmental puzzles, for instance, are the saving grace of the game. This is where the developers have been truly creative. More of these puzzles and mini games would have worked wonders in favor of Watch Dogs. Alas, they failed to develop on it. The game is violent and this violence takes away from the central theme of the game – hacking. So much so, that hacking, which should have been the pivot on which the game revolved, becomes just another way to get to your goals. Between the hacking and the firepower, there is just too much confusion. Perhaps, in a later version of the game, the developers would realize their errors and work on ironing them out. Of course, the players are right in expecting more from one of the most hyped games to have been released this year. With the new graphics, the game does look stunning, but sadly, it is lacking in the game play and is just not impressive enough to keep players hooked. 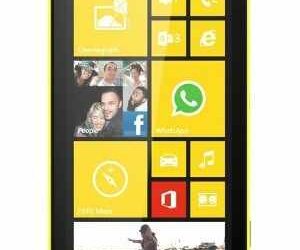 Nokia is trying hard to keep up with its rival’s achievements, but in most of the battles, loses…

Even though these devices were launched last year, users are still undecided between them. Here is the right…