These are two business oriented tablet devices, which means their target consumers are business oriented people. They both support digital pens, and some of their features include a large battery and removable keyboards. Let’s see which one of these business gadgets takes the crown in this comparison.

The Surface Pro has a 12 inch display, with a 3:2 ratio, while the Dell Venue 11 is overall smaller than its competitor, with only 10.8 inch display, and a 16 :9 ratio. Because both these Windows Phone 8.1 running devices have their particular sets of strengths and weaknesses,, determining the best one won’t be that easy. Therefore we are going to split this comparison into categories.

In terms of design, the Surface Pro 3 wins without a sweat, but what about functionality? Sure, the slim unibody gives it a more stylish and overall cooler look, but this also means that you can’t remove the battery. On the Dell Venue, which is a lot thicker than the Surface Pro, you can remove and replace the battery, or other parts you think may need to be replaced. This may not be a problem for some, but after a few years when the battery gives out, you will have to either send your Surface Pro 3 to shop or get a new device. The Dell Venue is not only thicker than the Surface Pro 3, but it is also inferior in terms of built quality, as the plastic material it is build of gives it a cheap feel.

In the slots department, both devices come equipped with USB 3.0, but there’s a difference in the microSD slot department. The Surface Pro 3 takes the lead, as its microSD slot is much faster, running on a USB3 bus, while also being easy to reach and use. The microSD slot of the Venue 11 has to be opened by using a pin to eject a tray, and it only has USB 2.0 capabilities. You would think that they would at least supply a pin  when you buy the device, but it seems they prefer to see you improvise tools from things you find around the house.

Both devices include display-out ports, but use different kinds. The Surface Pro 3 uses a mini Displayport, while the Venue 11 uses a mini HDMI port. The Surface’s port is better for easily connecting multiple screens together. Both devices are also capable of working with touch pens, but only the Surface Pro 3 includes one. It is also the tablet that best responds to a pen, while the pen experience on the Venue isn’t as accurate.

So Far: The Surface Pro 3 has taken the lead so far, with a better build quality and better services, like port speeds and touch pen accuracy, not to mention bigger display and slimmer body. It can also be held up with the help of its integrated kickstand, while you have to use the removable keyboard dock if you want to hold the Venue 11 up. The pro argument in the Venue 11’ s favor, the fact that you can replace its components, just isn’t enough to stand against the features presented for the Surface Pro 3.

The 10.8 inch display on the Venue 11 proved to be quite good, as its IPS technology and 1080 x 1920 resolution makes it brighter than the Surface Pro 3 screen, while it also makes it optimal for 1080p movies. The IPS technology also helps the screen if you are watching from an angle.

The Surface Pro 3 also comes with an IPS display, with a resolution of 2160 x 1440 and 200 % scaling. The larger size proves to be very useful for covering a larger surface when online, as more text and overall content fits in the canvas. The only down side is that, due to its size and ratio, 1080p movies will have quite large borders on top and bottom. Other than that however, the screen on the Surface Pro 3 is a go.

Display conclusion: The screen found on the Venue 11 is brighter and better for watching videos, while the bigger size of the Surface Pro 3 makes it the best choice for document reading and internet browsing. The final decision is yours, as you decide what are you going to use it for more, documents and internet, or watching movies and other media.

The Venue 11 come with a quad core processor that comes in several variants: the i3 4020Y, the i5 4210Y and the i5 4300Y. It comes with 4 GB of RAM but you can upgrade the configuration to 8GB. The Surface Pro 3 also boasts about its specifications, packing 8 GB of RAM and an i5 4300U processing unit. There are i3 and i7 versions available as well. The Surface Pro 3, therefore, wins this category with overall better specifications, as it is better and faster than its competitor. For an average consumer and his daily usage necessities, both devices are freakishly powerful.

The Surface Pro 3 comes with better battery stats, 7-8 hours of life support, compared to the 6-7 hours you get from the Venue 11, but still the Venue tab has the advantage due to the extra battery stored in its keyboard dock. That gives it around 10-11 hours of functionality.

Microsoft really messed up big time with the Surface Pro 3‘s camera. After implementing all those high end components, they decided to cut back on the camera, so they added a very cheap model that doesn’t even have auto focus, which is a pretty standard feature for a smart device to have, nowadays. It takes really bad pictures and you can’t really use it for anything. Videos are out of the question, also.

On the other side, the Venue 11 stands up and delivers an 8 MP rear camera that can actually take decent photos and also has autofocus. Even though its front facing camera isn’t very good, it’s still a better deal than what the Surface Pro 3 has to offer.

Winner of this category: Without a doubt, the Venue 11 has the better camera

First of all, you should know that neither device comes with a keyboard. Now, that we got that out of the way, we can get on with the comparison of the two keyboards that can be used for these devices. The Type Cover 3 keyboard for the Surface Pro 3 has backlit keys, but loses points due to its cramped key placement. Although it is very thin, this overly compact placement of keys makes it a little difficult to write on, at least at first, until you get the hang of it. On the other hand, the Venue 11’ s keyboard, although not backlit, which might be a problem for some, has its keys very well placed and makes it easy and comfortable to write, giving you a laptop feel. Most would agree that extra thickness and weights are worth what it offers. It also has a built in battery, giving you that extra juice to keep your device running.

No doubt about it, the Venue 11 wins in this category, as well!

In the end, the lightweight, design and high resolution (and also bigger) screen, make the Surface Pro 3 a viable pick, especially for designer and others who work with visuals, because of its great processing power and the better Pen accuracy, on its larger high-res display. However, for the business-minded, on-the-go consumer, the Dell Venue 11 is the more logical choice. It has the extended battery, on top of having the option of replacing the battery, which is slim and easy to carry around in your bag. It also has a decent camera, if you need that, and a better keyboard. It is also cheaper than the Surface Pro 3 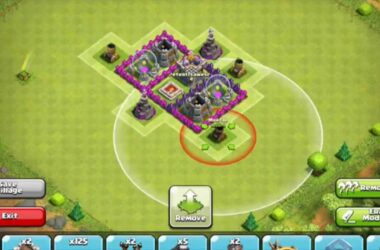 Clash of Clans – 7 Most Important Tips for the Gameplay

Save Your Gems When you start the game, you have a good set of 500 gems in your… 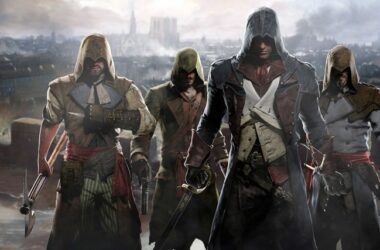 Improve Your Gmail Experience with These Simple Tools