Sony is very well known for their Xperia series that contains both smartphones and tablets. Today we thought we would help you figure out which Xperia device would be the best choice for you, by reading this comparison between the Sony Xperia Z1, the Sony Xperia Z Ultra and the Sony Xperia Z. Keep reading to find the differences between the three and establish which one is worth the buy.

The Sony Xperia Z made a lot of users happy with its great specs like gorgeous design which also has shock proof capabilities, as well as a great primary camera. The device runs on Android Jelly Bean and is one of Sony’s flagships.

The Xperia Z is powered by a Krait processor working at 1.5 GHz which is paired with a Snapdragon chipset from Qualcomm. The device supports 2GB of RAM and 16GB of internal storage capacity. The smartphone comes with the following dimensions: 139 x 71 x 7.9 mm and has a great 1080p HD capacitive touch screen with Bravia Engine. The primary camera comes with 13 megapixels, which makes Xperia Z a cutting edge device compared to other devices on the market.

When it comes to design, the device has a very slick, elegant look which makes it look like a high end smartphone. The device has waterproof and dust resistant capabilities certified by IP67.

Both the user interface and the operating system come with a large diversity of settings, for the user to customize their phone according to their preferences.

This device is larger than the Xperia Z (dimensions: 144 x 74 x 8.5 mm) and it showcases a TFT display (16M colors) measuring 5 inches. The resolution rendered on this device is of 1080 x 1920 pixels, while the pixel density sits at 441 pixels-per-inch. The screen is also tooled with a X-Reality Engine and a Triluminos display.

The processor that powers the Xperia Z1 is a quad core (Krait 400) working at 2.2 GHz that is paired up with a Qualcomm chipset (Snapdragon 800 MSM8974) and the Adreno 330 GPU. The handset supports 2GB of RAM and 16GB of internal memory (expandable by up to 64GB via microSD card).

While the Sony Xperia Z also had a great camera, Sony pushes even further with a 20.7MP primary camera on the Z1 with features like image stabilization, face detection, ½.3’’ sensor size, panorama, touch focus, geo-tagging and HDR.

The Sony Xperia Z Ultra has the largest screen of them all: a 6.4 inches display that can render the same resolution of 1080 x 1920 pixels as the Z1, but with an inferior pixel ratio of 342 pixels-per-inch. Sony equipped the Z Ultra with technology like Triluminous Display (which improves on color saturation), X-Reality engine and OptiContract (which ensures for more in depth black).

The processor that powers the Xperia Z Ultra is a quad core working at 2.2 GHz which is paired with a Snapdragon 800 chipset from Qualcomm. The device supports 2Gb of RAM and 16GB of internal memory space (expandable by up to 64GB via microSD card). The battery is great on this device, with a capacity of 3000mAh.

The camera department is not Xperia Z Ultra’s strongest suit, coming with an 8MP rear-facing camera and a 2MP front-facing camera.

If you’re interested in buying the Sony Xperia Z Ultra, you can find this handset at the price of $348.49. 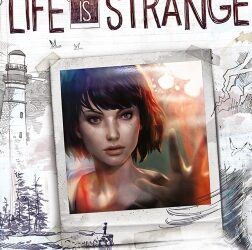 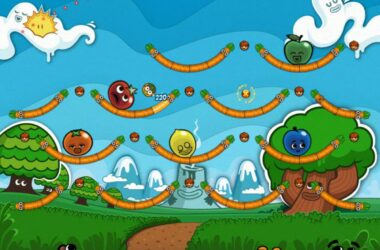 It seems like Samsung could not stop themselves from releasing new tablets and smartphones every few months. The…