Smartphone manufacturers can attest to the fact that the world of smartphones is becoming more competitive by the day. While mid-range smartphones may not attract as much attention as their high-end counterparts, there is no denying that they are in massive demand from different parts of the world.

The Sony Xperia C is one of the many mid-range smartphones in the market today. This phone is Sony’s first ever smartphone that is powered by the MediaTek chipset processor. This phone was launched in late 2013 as an affordable smartphone with high-end features.

The Sony Xperia C handset comes with the normal in-box gadgets. You will get a USB charging cable, the user manual and headset. Once assembled, the first thing you get to notice about the phone is its design.

The Xperia C handset comes in a nice design, measures 141.5 x 74.2 x 8.9mm in dimension and weighs 153g. It is comfortable to hold and use, even though the design does not stand out.

The smartphone comes with a 5 inch screen that has a resolution of 960 x 540 pixels, which translates into 220ppi density. It has a decent touch screen and even though the viewing angles are not all that comfortable, the phone is fairly visible in direct sunlight and the screen has a glossy finish, which makes it susceptible to fingerprints. However, it comes with a scratch proof glass, which is a good thing.

Right above the display is the earpiece and beside it are a light sensor, a proximity sensor, as well as a 0.3MP front camera.

On the bottom side of the display is a notification light that glows either blue or red when you have a notification. There are also Android buttons for multitasking, back and home.

The right side of the handset is adorned with the volume button, camera button and chromed power button, which is somewhat similar to the numerous Sony smartphones released in the better part of 2013. The left side carries the USB charging port. The bottom part only has a lanyard inlet, while the top side has the audio jack port.

On the back side of the smartphone is an 8MP rear Camera that also has a LED flash. The Sony branding is also visible and there is a speaker grill on the bottom end. The back peel comes in a smooth finish, which is also good on the grip.

When you open the back side, you get 2 SIM card slots – one supports GSM and 3G while the 2nd slot only supports GSM. Also enclosed are a removable 2390mAh battery and a microSD slot.

This smartphone is powered by a quad-core, 1.2GHz, 6589 MediaTek processor that comes with a PowerVR SGX 544MP2 GPU. The phone comes with 4MB internal memory, which can be expanded with a microSD card. The phone also comes with 1GB RAM.

As a result of the hardware, the performance is decent with very little lag. The phone supports Wi-Fi, 3G, Wi-Fi direct, GPS and Bluetooth 4.0 connectivity.

The Sony Xperia C runs on the Android 4.2 Jellybean operating system with the Sony UI. This gives it the same interface as that on the Xperia Z.

This is a decent mid-range smartphone. It comes with compact build quality, average battery life as well as a decent camera. With its great performance, it is pretty decent for its $340 price tag. 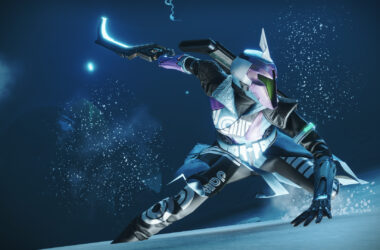