The Galaxy S5 Prime (Galaxy F) is expected to be released this fall, along with the Note 4 phablet. The Nokia Lumia 930 is slowly reaching every country, but its price discourages the fans who can’t afford to invest a lot of money on a gadget. Just wait a few months and you’ll get it at a fair price! Meanwhile, take a look at both of these smartphone’s specs and see which one is worth buying.

The Galaxy S5 Prime borrowed the perforated rear design found on the Galaxy S5, but it has a brushed metal finish. The Lumia 930’s back panel is made of polycarbonate material and it comes in many variants of vivid colors.

The Lumia 930 weights 167grams and it has a thickness of 0.39inches. AS for the Galaxy S5 Prime (Galaxy F), we don’t have this information, for now.

The Nokia devicehas 32GB of internal storage, while the Samsung device has two variants of internal memories: 16GB and 32GB-expandable up to 128GB.

The Galaxy S5 Prime will reportedly run on the Android 4.4.4 KitKat OS with TouchWiz UI. The Nokia Lumia 930 is running on the Windows Phone 8.1 OS.

The Lumia 930 comes with a non-removable 2420mAh battery, but we don’t know yet anything about Galaxy S5 Prime’s battery.

– The Galaxy S5 Prime will have a fingerprint scanner + heart rate monitor and it will be dust/water resistant.

– The Lumia handset’s battery can be charged via wireless.

It seems that the price of Lumia 930 dropped from 729 dollars to 695 dollars. The Galaxy S5 Prime will be 100 dollars more expensive than the Galaxy S5.

Spotify is such a fantastic service and we have to be thankful to the creators of it. Unfortunately,… 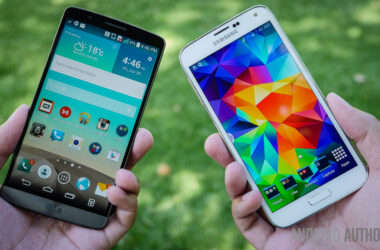 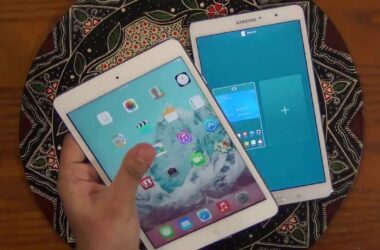 Since the arrival of the iPad Mini, there has been a sea change in what is expected from…