Welcome to the Android world, where the smartphones become lighter and thinner and their displays increase in sizes. But what if you don’t like giant phones and you want to stick to the old medium sizes and, in the same time, you’re craving for a miniature version of a high-end smartphone? The solution? A “mini” version of the original handset that borrows its design and most of the features, but which offers a weaker hardware performance. In this article, we’re focusing on two “Mini” versions of the HTC One and Galaxy S4, and the third phone is Xperia Z1 Compact, which is a smaller version of the Xperia Z1.

Coincidence or not, all three devices have displays of 4.3inches, but the Xperia Z1 Compact and the HTC One Mini support the same resolution of 720x1280pixels and the same pixel density of 342ppi, while the S4 Mini offers a resolution of 540x960pixels and 256ppi.

Each phone comes with a different type of display, as the Compact features a TFT panel, the One Mini is equipped with an LCD2 and only the S4 Mini follows the tradition and uses the same Super AMOLED technology.

Sony hasn’t followed the trend and kept the Compact model thick and heavy, creating it based on these dimensions: 127×64.9×9.5mm and because of its components, the phone weights 137grams. But the greater weight is also due to the fact that the device is water and dust resistant.

The Xperia Z1 Compact is more powerful than its rivals, featuring a quad core 2GHz Krait 400 processor, backed up by a Qualcomm MSM8974 Snapdragon 800 chipset and an Adreno 330 GPU. It comes with 16GB of internal storage – expandable up to 64GB, and 2GB of RAM. It is followed by the S4 Mini, with a dual core 1.7GHz Krait CPU and Qualcomm MSM8930 Snapdragon 400 chipset, using the same Adreno 305 GPU as the HTC One Mini, but which is powered by a dual core 1.4GHz Krait 200 CPU (Qualcomm Snapdragon 400 chipset). The HTC One Mini has an unexpandable memory of 16GB and 1GB of RAM, while the S4 Mini comes with 1.5GB of RAM and 8GB of internal memory – expandable up to 64GB.

All three smartphones support 4G LTE, GPS, GLONAS and Bluetooth 4.0, but only the One Mini lacks NFC.

All three smartphones came loaded with Android Jelly Bean OS – Compact with v4.3 and HTC One Mini and S4 Mini with v.4.2.2, and in between, they received the KitKat update – Compact runs now on the 4.4.4 version and uses Sony’s Xperia UI; the HTC One Mini and the S4 Mini both run on the 4.4.2 version. The HTC model comes with the Sense 5.0 and offers some new features (Blinkfeed), while the Samsung handset uses the TouchWiz UI.

The Compact stands out with the 20.7MP rear camera with 1/2.3” sensor size, which is also found on the previous model. It has features such as face and smile detection, HDR, geo-tagging, touch focus, image stabilization, panorama and video recording capabilities at 1080p@30fps HDR. The other camera is 2MP and it record videos at 1080p@30fps.

The HTC One Mini features a 4UltraPixel shooter with 1/3” sensor size, geo-tagging, 2µm pixel size, face and smile detection and video recording at 1080p@30fps (HDR). It has also a 1.6MP secondary camera with video recording at 720p.

The Xperia Z1 Compact can be bought from amazon.com at the price of 425 dollars. The HTC One Mini 16GB variant costs 334 dollars and the S4 Mini is priced at 297 dollars. 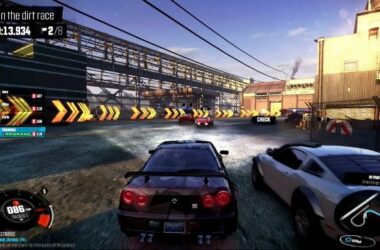 The rumors are confirmed. Ubisoft is bringing a second closed beta of The Crew to PS4. The upcoming…

Download and Have Sweet Fun on Your Candy Crush Saga Free