September is approaching, being the month when Samsung Galaxy Note 4 is rumored to be released.

A very know tipster, evleaks posted on twitter a picture about the leaked applications of the Samsung Galaxy Note 4. This leaked list gives us an idea on what to expect from this upcoming smartphone.

Here are the five features that the Samsung Galaxy Note 4 will come with.

In concordance with App Game Blog, Samsung Galaxy Note 4 will have a high quality display, a thing that is suggested by the list of APK’s PhotoStudio_WQHD_K.apk, OutofFocusViewer_WQHD_K.apk and SStudio_WQHD. Previous rumors said that this smartphone will come with a 5.7inch display that will support a resolution of 2560×1440 pixels.

App Game Blog also mentioned that Samsung Galaxy Note 4 will come with a better camera, as it was indicated by PhotoStudio.apk, OutOfFocusViewer.apk and SmartSelfShot.apk from the leaked list of applications. According to other rumors, this smartphone most likely will come with a 16MP rear-facing camera and a 4MP front-facing camera, with optical image stabilization included.

According to GSM Arena, SHealth3_5.apk might be an application for health tracking. The heart rate monitor was also included in some previous Samsung devices such as: Gear 2 Neo, Gear Fit and Samsung Galaxy S5.

According to Android Headlines, the applications VRsetup.apk and VRSVC.apk refer to Samsung Galaxy Note 4’s virtual reality. Oculus is the company which designs the software for the headset. However, Samsung is the one that comes with the hardware for it. 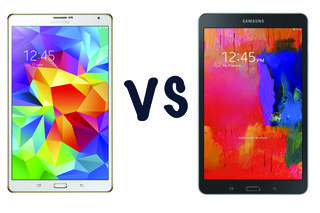