Choosing between these Dual Sim phones is very difficult because each one has an advantage over the other device. The Galaxy Grand 2 has higher RAM, higher ppi, you can add a MicroSD card with a higher capacity, plus the phone has a replaceable battery. The Xperia T2 Ultra has a larger screen, a faster processor and the battery, although it’s non-removable, it has a higher capacity. So, have you decided which phone to buy?

Both of these phones come with large displays and the same screen resolution – 1280x720pixels. The Galaxy Grand 2 has a 5.25inch TFT display that supports 280ppi, while the T2 Ultra’s IPS LCD display is a lot bigger, measuring 6inches, but it supports a lower pixel density – 245ppi.

As for the OS, both of them are running on the Android 4.3 Jelly Bean. The Galaxy Grand 2 has 1.5GB of RAM, which makes the phone run faster. The Xperia T2 Ultra has only 1GB of RAM.

The Grand 2 has a modest 8MP rear camera (with 1080p video capture, autofocus and LED flash) + 1 1.9MP front camera. The Xperia T2 Ultra has a more advanced primary camera of 13MP with the same features, but it has a weaker front camera – 1.1MP.

The Grand 2’s battery is removable and it has a capacity of 2600mAh. The Xperia T2 Ultra’s battery is non-removable, but it has a higher capacity – 3000mAh.

The Galaxy Grand 2 can be bought from amazon.com at the price of 313 dollars. The Xperia T2 Ultra costs 356 dollars.

WeChat, developed by Chinese company, Tencent, is clearly one of the fastest growing free calling and messaging apps… 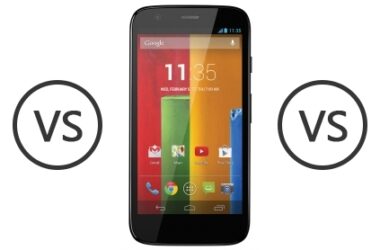