Roku media streaming stick has been created with HDMI compatibility.

This has made the device a great alternative to other media streaming players in the arena. The device packs over a thousand apps. The Roku media streaming stick, with the size of a thumb drive can fit comfortably into any contemporary TV set. The device delivers apps to your television set when it is fitted into the HDMI port. This streaming stick is accompanied with a handy remote control and an easy to use interface.

In comparison to the streaming stick, Apple comes out with a set-top box, the Apple TV. The present Apple TV comes with a quick processor and an upgraded menu system. The present Apple TV media-streaming player has the ability to play 1080p full HD movies in comparison to its predecessors. Let us see how the Roku streaming stick stacks up against the Apple TV media-streaming player in terms of their price and features.

Roku media streaming stick is small. The design looks more like an oversized thumb. However, the purple color of the device makes it look obnoxious, when fitted into a black or grey TV set. However, the dimensions of the device make it literally invisible behind the television set. The streaming stick measures 3.1 inches x 1.1 inches x 0.5 inches. The device weighs approximately 18 grams. The device comes with a 6 feet long micro USB cable along with a power adapter. The device consumes less than 2W of power while streaming videos. The hardware runs quietly. The device comes equipped with wireless dual band N antennas with quicker Wi-Fi connectivity.

Apple TV is a small box that stands 23mm in length, 98mm in width, and 98mm thick. The device weighs approximately 0.27 kg. The device comes with aluminium remote with less buttons, a power lead and instructions regarding its setup. The device comes equipped with an Ethernet port, an HDMI port and the Optical Audio port. The set top box runs on an A5 chipset. The remote control functions using Infrared therefore, you are required to keep the remote in the line of sight with the device. You would require an HDMI cable to connect the device with your TV. This has to be purchased separately as it does not come with the device.

There may be a number of streaming devices in the market. However, the Roku streaming stick stands apart from others. It is an efficient method to make your ordinary HDTV into a smart TV set in comparison to the costly Apple TV set top box. The Apple TV would work great if you were into the Apple ecosystem. Despite Apple TV coming with 1080p viewing experience, there is no persuasive reason to purchase an Apple TV over Roku media streaming stick. 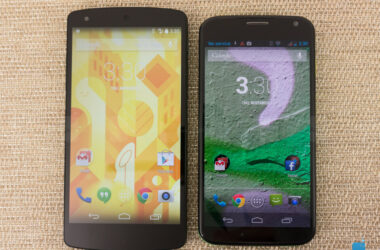