Microsoft launched the Nokia Lumia XL after the finalization of the Nokia acquisition.

The XL is a bigger and more costly version of the Lumia X. However, the features and the specs of the X and the XL are almost the same. The Nokia Lumia XL is available unlocked and sells for a low price of $149

The XL is a larger version of the Nokia Lumia X. The major differences are the flash in the rear panel along with a front camera. There are a few design changes in the headset socket and the speaker grille. The Glance screen feature enables users to view the time and see the notification alerts, even in a standby mode. The phone is quite heavy with hard corners, but the construction quality is excellent, offering a premium look and feel. It has phablet like dimensions and measures 5.5 inches in height by 3.06 inches in width and is 0.43 inches in depth. It weighs 190g and is quite a heavy device.

The screen size is 5 inches diagonally, with a resolution of 800 x 480 pixels, with a WVGA display. It works out to a pixel density of 186.6 ppi, which is quite a low density, compared to the competition. The resolution and the color accuracy of the phone are not exceptional and the viewing angles are also poor. The screen is also not bright enough and it is difficult to read in sunlight or outdoors.

The Nokia Lumia XL runs on a Qualcomm Snapdragon S4 Play processor, with a dual core clocking at 1 GHz. It is combined with a RAM of 768 MB and has an internal storage space of 4 GB, but only 2GB is available to the user. However, it does come with a microSD card slot, so users can expand the storage space up to 32 GB.

Connectivity features are quite sufficient, as the XL offers support for 3G data in the primary SIM. It also offers connectivity support through Wi-Fi b/g/n and through the Bluetooth 3.0 version. The phone also has some sensors, namely, the proximity sensor, the ambient light sensor and the accelerometer.

The user interface is simple and it is easy to use. Android users will find the interface very familiar. Though Nokia has put in its stamp on the Android software and customized it to a certain extent, users will find Android all over the device. The phone has its own visual identity, with clusters of square icons placed without any space between them. The icons look similar to the ones used in the Windows Phone 8. However, the phone does not support multitasking of applications. Users can play music in the background, when they use other applications, but other apps shut down when you press the home button. All the basic applications are present, such as the calculator and the calendar, the alarm clock, email client, music player and so on. The default engine is Bing and the browser is Nokia Browser 1.0, but you can switch to Google, just by tapping the keyboard icon.

The XL runs on the Nokia X software, which is an OS based on Android. It lacks some of the Google services, such as Gmail and Google Maps, but Nokia and Microsoft offer their own apps for these purposes, such as Bing and Here Maps.

The Nokia XL is a good Android phone with a solid build and a powerful battery. It comes with 2 SIM cards. However, the screen resolution is quite low. You cannot also access the Play Store and the app selection of Nokia is quite limited. It comes with the best specifications of Android phones. It runs on the Google code but has an interface like the Windows Phone. 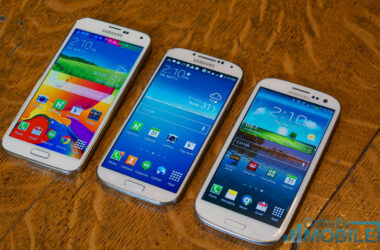 The Galaxy S Series range of phones are categorized as premium smartphones. Samsung has always been successful in… 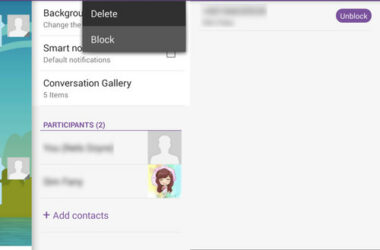 Viber is an application that has already reached 100 million registered users. You don’t know what Viber is?…