The Nokia Lumia 620 may not be considered as a flagship model. However, the device is significant to the company.

The smartphone has gained mass recognition. The people recognize the Nokia Lumia 620 as the Windows Phone 8 smartphone. The smartphone is different in design and caters the masses with additional values in various aspects. Yet again, the company lays emphasis on vibrant colors and relies on Windows Phone apps.

The Nokia Lumia 620 design is based on the color theme. The device comes with a variety of interchangeable gloss and matte shells. The smartphone is available in black, white, magenta, cyan, yellow, orange and lime green, which are bright and bold colors. The company is making use of its dual shot technology, thereby placing a base color different to that of the top layer. The plastic body caters a soft feel touch when held. The colorful body with round edges gives the device a compact design for a convenient one-handed operation. This chubby smartphone measuring 11mm in thickness weighs approximately 127 grams.

The Lumia 620 supports a 3.8 inches of ClearBlack TFT multi touchscreen. The display resolution is 480×800 pixels with a 246-ppi density. The small screen makes the smartphone comfortable for single hand operations. The 246-ppi density allows the user to experience finely saturated colors, on the wide viewing angles of the display. However, the reflective screen makes it difficult to use the device under bright sunlight.

In comparison, the Galaxy Core supports a 4.3 inches TFT multi touchscreen having similar resolutions as that of the Lumia 620. However, the difference lies in the pixel density. The Galaxy Core has a pixel density of 217-ppi that is below average. The main flaw is with the brightness of the display. It is not bright enough and makes it hard to use the device under the sun. However, the display has good viewing angles and color accuracy. Another problem that the user may face is the oleophobic coating that covers the screen with greasy smudges. The user has to clean the screen repeatedly to have a clear reading experience. The lack of automatic brightness control has been compensated with a brightness slider under the notification dropdown.

The dual core Snapdragon S4 Plus CPU, clocked at 1GHz, powers the Lumia 620 smartphone. The 512MB of RAM caters a smooth running performance. The smartphone has an internal memory of 8GB that can be expanded up to 64 GB via microSD card. The Lumia 620 features a 1300 mAh battery offering a low battery life.

The Samsung Galaxy Core runs smoothly on an Android 4.1 Jelly Bean OS. The device encompasses a Snapdragon S4 chipset with a dual core Cortex A5 CPU running at 1.2GHz. The device has internal memory of 8GB paired with 1GB of RAM. Memory can be expanded up to 64GB with microSD card. The Galaxy Core comes with an 1800 mAh battery, lasting equivalent to an average smartphone.

Nokia has made a decent effort with the Lumia 620 smartphone. The Samsung Galaxy Core however, is a balanced handset with no boasting features designed for the budget conscious masses. 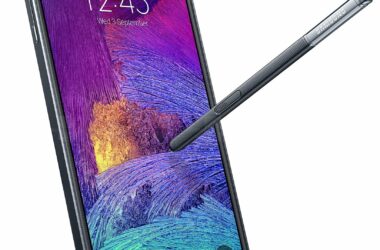 The New Leica T 701 Camera Has Outstanding Features and Capabilities