The Lumia 525 is the successor of the 520 model and comes with some minor improvements. The phones are some of the cheapest handsets, but they lack many important features, such as a secondary camera, but for those of you who are looking for an affordable device, you’ll make a great deal!

Both of these Nokia models have a 4inches IPS LCD display with the resolution of 480x800pixels and 233ppi. Don’t have high expectations from these smartphones if you’re a pretentious user. On these phones, the images are displayed decently because their screens feature 16M colors. The sound quality isn’t excellent either, but here we’re talking about two cheap phones.

The Lumia 525 and 520 models look almost identical, having a rectangular design and colorful back shells. Also, they both measure 119.9x64x9.9mm and weight 124grams.

Both of the Nokia handsets are powered by the same 1GHz dual core processor, which is baked up by the Qualcomm MSM8227 chipset and Adreno 305 GPU and have an internal memory of 8GB – expandable up to 64GB. The difference is that the Lumia 525 hosts 1GB of RAM, whereas the Lumia 520 has only 512MB of RAM and it runs on the Microsoft Windows Phone 8 – upgradeable to WP8 Black OS, while the 525 model already comes loaded with WP Black OS.

Again, the phones have something else in common: a single 5MP camera (2592x1936pixels, autofocus and 720p@30fps video recording).

To be launched soon, the HTC One Mini 2 is rumored to be one of the most awaited… 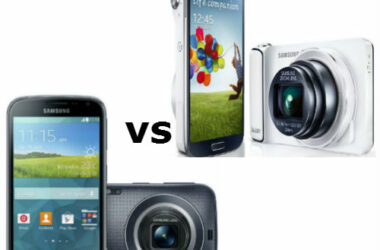 Your technological needs can be satisfied by any of these devices? Only you can make that decision, after…