The phablet segment has seen a lot of growth since the Galaxy Note series perfected a number of features.

Since then, there have been several competitors for the Samsung phone and this includes the Nokia Lumia 1520. Even though it is only slightly larger than the high-end smartphones like the Xperia Z2, it is quite possible to classify the LG Optimus G Pro as a phablet.

Both phones came around in the middle of 2013 and they, especially LG, offer tremendous improvement in build quality compared to the phones of a few years ago. Design changes are limited on the Lumia 1520 like every other Windows phone from Nokia. The Optimus G Pro, though, immediately captures the attention by virtue of having almost no bezel. While the Samsung phones have been praised for their slim bezel, the Optimus G Pro comes with a design that almost does away with it.

This allows LG to provide the Optimus G Pro with a 5.5 inch display that is rated at a resolution of 1080 x 1920 pixels. The full HD resolution is present on the Lumia 1520 screen as well, but because the screen is a significantly larger 6 inch display, it has lower pixel density. Compared to the 401 PPI offered by the LG device, the Lumia 1520 is capable of only 367 PPI. This is in the region of the 4.8 inch displays with 720p resolution that came out in the market during 2012.

Nokia uses the IPS panel in order to make the Lumia 1520 one of the best panels in terms of visibility and contrast ratios. The LG manages to get ahead in front with the True IPS Plus LCD display panel that it has been using in its high-end phones of late. It also manages to get a slim advantage through the 32 GB internal memory offering, which is absent in the Lumia 1520.

Instead, the Nokia device comes with only 16 GB internal memory. Even though this is supported by 64 GB external memory card support, which is also present on the LG phone, this is likely to go down in favor of the South Korean giant.

The Optimus G Pro, though, has no hope of catching the Lumia 1520 in terms of camera quality, despite coming with a 13 megapixel camera at the rear. This is because the 20 megapixel camera on the Lumia 1520 is one of the best in the industry. The huge development by Nokia with the PureView technology has been utilized to its finest, on the Lumia 1520. This phone comes aided by the incredible Carl Zeiss optics and optical image stabilization. Even though it will not be capable of 4K video recording, it simply blows the competition everywhere. 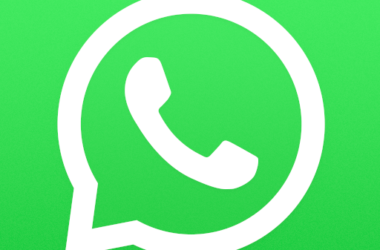