The iPad Mini 2 is the latest release from a leading brand in the mobile industry, Apple Inc.

The little tablet has been released with much hype. However, the tablet offers promising looks with the much-awaited Retina Display. Whether the iPad Mini 2 would be worth the risk when compared to similar sized but low-priced Nexus 7 or not is another matter. Let us find out in the iPad Mini 2 versus Google Nexus 7 comparison review below.

Price is the biggest difference between iPad Mini 2 and the Nexus 7. The lowest model of the iPad Mini 2 tablet having 16GB Wi-Fi connectivity only, comes at a price almost twice the amount to that of the Nexus 7 having similar specs. The iPad Mini 2 is available with a price range starting from $399 to $829 for 16GB, 32GB, 64GB and 128GB variants in comparison to the 16GB and 32GB variants that are available at $229 and $269.

The Nexus 7 offers the masses a massive 7 inch screen that is the sharpest ever. The tablet boasts of 1920×1200 pixels resolution having 323-ppi pixel density. Google has offered a high quality display for a small device, keeping in mind the price at which it is offered to the masses.

In comparison, the iPad Mini 2 offers larger display screen than the Nexus 7. The tablet may be named ‘Mini’ but the device offers 7.9 inch display with a resolution of 2048×1536 pixels. However, the difference in the pixel density at 326-ppi is very insignificant.

The iPad Mini 2 comes equipped with Apple’s A7 chip having a 64-bit design. The device also comes fitted with a motion M7 co-processor.

The Google Nexus comprises of a Qualcomm Snapdragon S4 quad core Pro processor paired with a Ram of 2GB.

Both these devices run on different OS. Therefore, it would be a personal choice between the Apple’s iOS and the Google’s Android operating system.

The Google Nexus 7 and the Apple’s iPad Mini 2 are splendid tablets. However, choosing between the two would come to a personal preference and requirement. 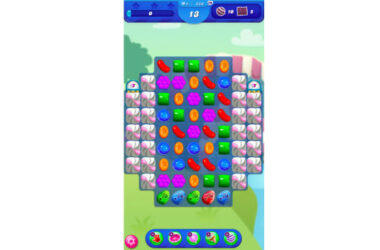 1. Mix two Color Bombs together Mixing two color bombs will clear your board, bringing you a good…