Today we thought we would compare three great smartphones on the market which are all worthy options when you are looking to buy a new handset. Here are all the differences between Google’s Nexus 5, Samsung’s Galaxy S4 and Apple’s iPhone 5S.

Google’s Nexus 5 weighs 130 g and comes with the following dimensions: 138 x 69 x 8.6 mm. This device has the same weight as the Galaxy S4, but it is actually the thickest of the three devices.

Samsung’s Galaxy S4 also weighs 130 g, but this one features these dimensions: 137 x 70 x 7.9 mm. This device has the largest screen, and together with the Nexus 5, is heavier than the iPhone 5S.

Apple’s iPhone 5S weighs only 112 g and it presents itself with these dimensions: 123.8 x 58.6 x 7.6 mm. Apple’s handset is actually the thinnest of them all, but it also has the smallest screen out of the three.

The Nexus 5 features a 5 inches full HD capacitive touch screen that can render a resolution of 1920 x 1080 pixels. The pixel density of this display is of 445 pixels-per-inch.

The Galaxy S4 also has a 5 inch full HD capacitive touch screen with the same screen resolution of 1920 x 1080 pixels but it has a Super AMOLED character. The search engine’s device is actually better, seeing how the Galaxy S4 shows a pixel ratio of 441 pixels-per-inch.

The iPhone 5S comes with not only a smaller 4 inch capacitive touch screen, but also a screen resolution of only 1136 x 640 pixels. The pixel density is also inferior, with 326 pixels-per-inch, but the handset makes up for all of that with its Retina Display.

LG equipped the Nexus 5 with a quad core processor clocked at 2.2 GHz that is paired up with a Snapdragon 800 chipset from Qualcomm. This device is actually better performing than the Samsung Galaxy S4.

The Galaxy S4 is powered by a quad core processor as well but this one works at 1.9 GHz and it comes with a Snapdragon 600 chipset from Qualcomm.

The iPhone 5S is powered by a M7 motion processor that comes with an Apple A7, 64-bit chipset which is quite impressive.

The Apple handset lasts the least time of the three, resisting only 10 hours on 4G LTE and covering a stand by time of 10 days.

Actually, the Google smartphone and the Samsung one both last 17 hours of talking time and 12 days of stand-by time. But we can see that the Galaxy S4 drains its battery more, having a 2600 mAh battery. The Nexus 5 has a 2300 mAh capacity and it holds the same amount of time.

The Nexus 5 was the first device to appear on the market with the Android 4.4 KitKat operating system, which is a natural event – seeing how Google is owner of both the Nexus series and the Android OS.

The Samsung Galaxy S4, being released before the Nexus 5, it actually has the Android 4.2.2 Jelly Bean operating system.

Samsung has been known to put a lot of effort in their device’s camera specs, so, obviously, the Galaxy S4 showcases the best options in this department. The rear-facing camera of this device has 13MP and the front-facing one has 2MP.

Both the Google Nexus 5 and the iPhone 5S hold an 8MP primary camera. There is a difference between their secondary cameras, but it is extremely small: the Nexus 5 has a 1.3MP camera, while the iPhone 5S has a 1.2MP one. 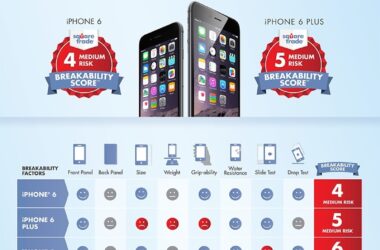 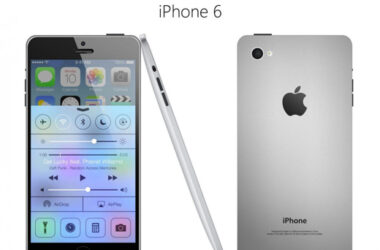