The Nexus 5 is surely more powerful when compared to the Nexus 4, as it belongs to the next generation. The Snapdragon S4 Pro powers the Nexus 5, a quad core processor with a 1.5 GHz chip. This Snapdragon 800 is the fastest processor used in Android phones. The GPU power in the Nexus 5 has also been enhanced with an Adreno graphics chip of 330, whereas the Nexus 4 sports a 320 graphics chip. The Nexus 5 is, thus, a more powerful device for gaming, as it has a larger and sharper screen and more power. Both the devices are combined with a RAM of 2 GB.

Both the Google Nexus 4 and the Nexus 5 do not have a top end camera. The Nexus 5 uses an 8 MP camera with a 1/3.3 inches sensor and an aperture of f/2.4. These are mid range specs. As for the Nexus 4, it also comes with an 8 MP sensor and a sensor of 1/3.2 inches and the same aperture. However, the camera on the Nexus 5 has one saving grace, as it offers the feature of OIS or optical image stabilization. With this feature, any movement while taking pictures are compensated and image blurring is minimized. The stabilization feature can also be used for increasing exposure times when you take photographs in low light conditions, to offer less blurry images.

Most of the features of the Nexus 5 have been upgraded when compared to the previous offering, the Nexus 4. However, all the basic features remain the same.

There is no particular feature that a game should have, in order to be a crowd puller. Instead,… 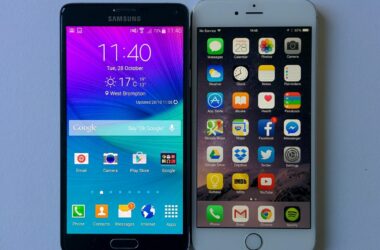