4J Studios and Mojang announced that in August they will release Minecraft for the next-generation consoles Xbox One and PlayStation 4.

They also tweeted few days ago that “We can see the light at the end of the tunnel”, which means that they are close to finishing the development of these versions.

Roger Carpenter , the lead Producer for Minecraft on Xbox One and Xbox 360, gave a few details about the multiplayer support that Minecraft will have on Xbox One, saying that the new version will be able to host 8 players at the release date and they will bring updates in the near future, allowing more players at once in a multiplayer game.

In concordance with Minecraft developers, the worlds of Minecraft in the next-generation consoles will be 36 times larger than the previous console versions. In an official announcement made on Xbox’s website it’s said that the Minecraft players who play this game on their Xbox 360 consoles, will have the option to save the worlds and import them to the next-generation consoles. However, it can’t be done vice-versa, and they said clearly that you can’t save worlds from Minecraft Xbox One and import it to the old Xbox 360.

Minecraft was launched back in 2010, and 4J Studios with Mojang keept working to improve Minecraft, which became a very popular game shortly after its release.

According to a recent Gamespot report, it seems that Minecraft has sold over 16 million copies of PC and MAC versions. Combining all the platforms on which Minecraft is available now, there are more than 54 million Minecraft units sold. 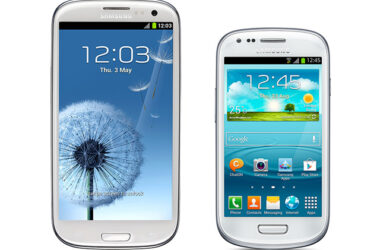 The LG Optimus L5 2 is one of the most affordable smartphones, offering a good camera and a…

Communicating is fun, and more so now since it has become so easy to reach out to people…