Minecraft is a blocky world-building game set to be released in August of 2014 on PlayStation 4 (PS4), Xbox One and PlayStation Vita. A trailer about Minecraft on PlayStation 4 was released at this year’s E3 and the release date was announced by Owen Hill, Chief Officer of Mojang (developer of Minecraft). On May 22 via Mojang’s official blog, Hill apologized to fans for the long wait for the release date of the new generation consoles. He stated that Minecraft for Xbox One will be released through the Xbox Live Market place. PlayStation 4 on the other hand, will be released through the Play Station Network. Hill further stated that Mojang has decided to let players who already have Minecraft on Xbox 360 and PS3 to upgrade to the new generation consoles version for a smaller fee of 4.99 USD instead of the full 19.99 USD. This he says is a sign of Mojang’s appreciation to players for waiting so long for the new version.

Minecraft’s players have the opportunity to discover a world, dig deeper into the depth, build homes etcetera. With the new generation consoles, the game will be taken to a higher graphic level, with bigger worlds and greater draw distance. Mojang reported that this new upgrade of Minecraft will come with worlds 36 times larger than the worlds from Minecraft; PlayStation 3 and Minecraft: Xbox 360 versions. It is expected that Minecraft will come with some additional texture packs such as Ratchet and Clank, Uncharted and so much more. This new game version will give players the option to split screen in 4. This will allow 4 different players to play at the same time on different consoles.

Minecraft for Xbox One will include all the features from the most recent Xbox 360 update, with significantly bigger worlds and greater draw distance. This edition will cost $19.99 USD. However, if players already have the Minecraft Xbox 360 edition from Xbox Live Market place or played online with the disc version, then they will be able to upgrade for just $4.99 USD. Players will be able to upgrade for a minimum of a year after the release date in August. Players with Minecraft: Xbox 360 will be able to transfer their saves and worlds to the new Xbox One version. However, they will not be able to transfer saves and worlds from Xbox 360 to Xbox One. Shrinking Mojang stated, will cause all kinds of problems than enlarging the worlds. Cross platforms play will not be allowed between Xbox 360 and Xbox One.

Minecraft for PS4 will also include bigger worlds and greater draw distance than Play Station 3 + Vita Edition. It will include all the features from the most recent PlayStation version and will cost $19.99 USD as well. Players who have bought PlayStation 3 from the PlayStation Network will be able to upgrade for only $4.99 USD. Players will be able to upgrade for a minimum of a year after the release date in August. Mojang has stated that they are working closely with Sony to enable upgrade from the Blu-ray disc version. Cross platform will also not be possible between PS 3 + Vita Edition and PS 4

Most of the DLC skins and texture packs that palyers have purchased for PS 3 and Xbox 360 editions will also be available on the PS 4 and Xbox One. Mojang has released a statement saying that all of Minecraft players’ DLC would be transfer but that some of the items are trapped in licensing deals and that they will release more on this matter very soon. Screenshots for both Xbox One and PlayStation 4 Minecraft Edition have already been released by 4JStudios. 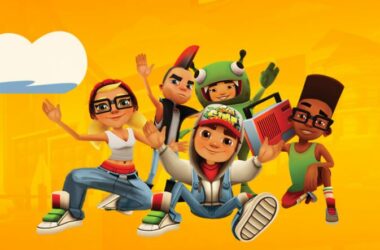 Subway Surfers – A Game You’ll Keep Coming Back To

Are you tired of apps stealing your private data and barging in on your privacy? Your beloved navigation…

The smaller versions of the flagship devices like the Galaxy S3 have proven to be extremely popular. This…