Minecraft Xbox 360 is the Minecraft version created by 4J Studios with Mojang as well as Microsoft Studios for the Xbox 360 gaming console. It was first released in May 2013 at a price of $19.99.

The 14th update to the game on the Xbox 360 edition came on March 26th, 2014. The update brought a lot of new items, such as Emerald Ore, Ender Chest, Anvil, Flower Pot, Cobblestone Walls, Block of Emerald and several other items. The tweaks include new recipes for creating smooth Sandstone as well as Chiseled sandstone. It also added some new mobs, namely, zombie villagers and features for generating terrain, such as desert villages and desert temples.

Players can now trade with villagers as well. The Anvil interface along with placing logs sideways has also been new additions through this update. There are additional village professions. Gamers can also control pig riding, using a carrot on a stick. Many bugs have also been fixed making the gameplay smoother.

Chest locks used to appear through the walls in the distance and this has been fixed. Some lighting issues have also been addressed. The creative mode now allows drinking milk. Split screen players can also now view the particles of Splash Potion.

This update was offered in April this year for the Xbox 360 edition. However, the update for the PS3 version only came a little later. The patch also provided several fixes for bugs in the game. Players will no longer have to contend with sheep that are partially invisible or with damage from random fall. The unsynchronized audio also should be a thing of the past. Blocks used to reappear after being mined.

In addition, the chunk was also loaded very slowly and maps were not properly displayed in the beginning of the game. Audio issues related to split screen and Enderdagon sounds have also received fixes. Problems related to spawning wolves and Mooshrooms as well as Chickens also received a fix among several other issues.

The TU15 quickly followed on the heels of the TU14. However, the Title Update 14 seemed to be more substantial. Around 30 additional objects had been added to the game. The TU14 also allowed players to trade with the villagers and dye the collars of their wolves.

Latest Patch in May

A few weeks ago, the developers of the Xbox 360 have offered another patch for the Minecraft game at the end of May 2014The latest update or patch will offer fixes for bugs and help optimize the game. The news from 4J Studios as well as Sony is that the updates for the PS3, PlayStation 3, will not be available till the end of May.

This is because the list of bugs seems to be increasing in case of the PS3. 4J Studios has not yet released the list of the bugs supposed to be fixed for the Minecraft PS3. This shows that the update might be rather delayed in coming. It could be because of the complexities and issues involved in migrating from PS3 to PS Vita. The PS3 version of Minecraft is almost the same as the Xbox 360 edition. However, there are a few differences in the game.

The Minecraft Xbox 360 seems to have seen the maximum number of patches among recent game versions. The developers had promised to release several updates and patches simultaneously for Minecraft Xbox 360. However, they have not been able to stick to this plan. The about to be released updates will be a welcome change for game fans.

Those who own the Minecraft Xbox 360 version of the game can, however, be happy in the knowledge that their game is the focus of all the attention from the developers. 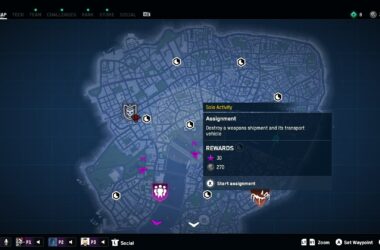 In this article, we’ll present you two Android smartphones that were launched on the market last year, but… 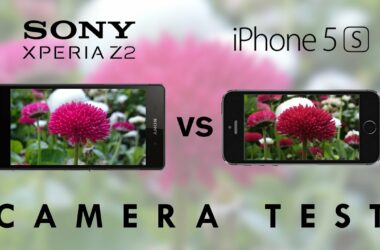