4J Studios released Minecraft for Xbox 360 two years before the game was launched for Sony’s PlayStation 3 and most of the new game’s content became available faster on Microsoft’s console because of this.

That doesn’t mean that the PlayStation 3 players will not get these DLC patches. In fact, 4J Studios confirmed on July 14 that two of the texture packs that Xbox 360 received some time ago will be available for PlayStation 3 on the upcoming update.

With other words, the Fantasy Texture Pack and Cartoon Texture Pack will be finally available for PlayStation 3 as soon as the next update is released. However, 4J Studios didn’t say when the upcoming update will come, but it will happen somewhere after the release of Minecraft on the next-generation consoles PlayStation 4 and Xbox One, which is set for August.

Minecraft on consoles is not so “friendly” when it comes on DLC patches as the PC version is, because the players from Minecraft: PC versions are able to mod the DLC. On Xbox 360 and PlayStation 3 consoles, you are able to install only the official DLC such as skin or texture packs. 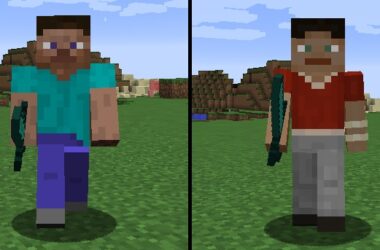 While this cannot be considered as a major upgrade to character models in Minecraft; some players opine that…