Minecraft – Latest Update – Bringing in a New Bag of Tricks

The Minecraft mania does not show any sign of slowing down in the near future. There are more than a hundred million users registered for the game. In addition, the game has more than 14 million PC sales, enjoying a huge cultural impact on players. The game also continues to bring in a new bag of tricks with every update.

This offers a fresh perspective to the game. The more recent updates and patches for the PC version offer small game arenas as well as Twitch support, whereas the TU14 brings in additional features to the home console version.

TU14 brings with it many tweaks and cool new additions to the Xbox360 and the PS3 ports of the game.

TU14 is a major update for the Minecraft Console version, launched in March 2014 for the Xbox 360 and the PS3. Features in this update included new recipes related to Smooth Sandstone as well as Chiseled Sandstone. There were also new recipes for zombie Villagers and generation of new terrains for Jungle temples, villages and desert temples.

With this update, players are able to trade with villagers and place logs sideways. They can activate wooden buttons and use Arrows for activating Pressure plates. They can also dye wolf collars and leather armor and collect Ice and Glass panels using tools that are enchanted by the silk touch.

Player behavior has also received some enhancements, such as the pig being controlled by a carrot and a stick. When players drown, there is no knockback as well.

The TU 14 update also offers many fixes to common crashes. For instance, the Map used to crash when a player is in the Nether or in the End. Milk can be drunk in the Creative mode. There were also bugs related to holding items, dispensers as well as fire charges, which have also been fixed.

Some of the new items after the update are the Carrot, the Carrot on a stick, Enchanted Golden Apple, Emerald Ore, Baked Potato, Nether Quartz and several others. The Night vision potion and the Invisibility potion are also new additions coming with this update. The vision tonic is very helpful in making it easy to see even during the dreaded nightfall. The invisibility potion is a very helpful addition that witchcraft and wizardry fans will love to use.

The latest TU14 update offers a lot of fun features, as can be seen from the items and features mentioned above. However, the console community is still lagging, while compared to the PC community playing the game. However, it has to be kept in mind that the console versions were launched much later after the PC based version. And the gap is slowly being bridged significantly.

This update was launched sometime in December 2013 and brought in a lot of changes. There were mine carts and textures that were borrowed from the desktop version. In addition, the Pocket Edition also brought with it additional crops and carpets as well as iron bars. The Creative Mode was enhanced and lighting was improved.

The view distance was increased and so on. There were new blocks, such as carpets, hay bales and iron bars. Crops and food types were increased, with the addition of carrots, pumpkins, beetroots and potatoes. Players are also able to make new soups and pies. Some items have also been increased for Survival and Creative, with the inclusion of compasses as well as clocks. Many bugs have also been fixed.

Amazing Google Hangouts Tricks You May Have Never Heard of

Google Hangouts is quickly replacing all online communication channels, and is leading with a good measure. However, if…

Now that everything is going social, it was only a matter of time before your camera did that… 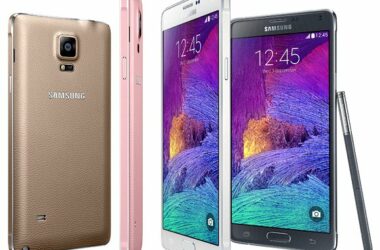