iPhone 6 is one of the upcoming releases planned by Apple.

Though this smartphone was expected to be released at an earlier date, recent news revealed that the release is expected to be slated for mid to late September or early October. iPhone 6 will be the first product from Apple to function on the iOS operating system which is likely to be launched around the same time.

Biometric security is a new feature that you can expect with iPhone 6. There are speculations about the smartphone featuring a 4.7-inchscreen that is larger than those in the previous iPhones are. iPhone 6 is expected to be partnered with a faster 64 bit processor and a better camera. While the camera would still be the same 8 megapixels camera as the other predecessors to iPhone 6, enhancements are being made to the integrated snapper will feature enhanced glass optics that boost image clarity and quality.Some other expectations include HomeKit, iCloud Drive storage service, new messages features, QuickType keyboard and notification bar widgets. In addition, there are speculations of the phone being available in three primary storage forms comprising 16GB, 32GB, and 64GB. There are rumors of a 128GB handset being rolled out as well.

A rumor that is doing the rounds as displayed through various images is the possibility of the phone featuring a wraparound and curved display. There is also a rumor of a Sapphire glass display. Another interesting speculation of the iPhone 6 is that it is likely to incorporate the Quantum Dot display technology that enhances color reproduction in the retina display. Light is emitted through a film of quantum dots resulting in a more correct display of a broader range of colors. Apart from screen size, there are also chances of various small changes in the design of the iPhone 6. One such change is the location of the power button. While all versions of iPhone released to date have the power button on the top, the new iPhone 6 is likely to have its power button featured on the side.

According to a news leak, the iPhone 6 will also be a really slim device and thinner than 6.18 mm. There is also news about the phone being available in various screen display sizes. Starting from 4.7 inches, there are reports about the phone being available with screen sizes ranging up to 6 inches. By doing this, Apple hopes to get a better hold in the market and reach out to more people than it did before.

Regarding the price factor, iPhone 6 is not likely to be any different from the earlier iPhone versions. The price is supposed to be very high and it could burn a hole in your pocket. You can, in fact, expect a steep increase in price when compared to iPhone 5S, the earlier iPhone.

Production is expected to begin in full swing in July to meet the launch demands in September. In addition, interested buyers can be assured that they will not have to face a stock shortage that would lead to delayed shipments. 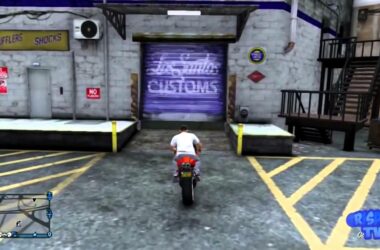 The smartphone market is full of high-end devices that offer impressive specifications bundled with the newest features. The…